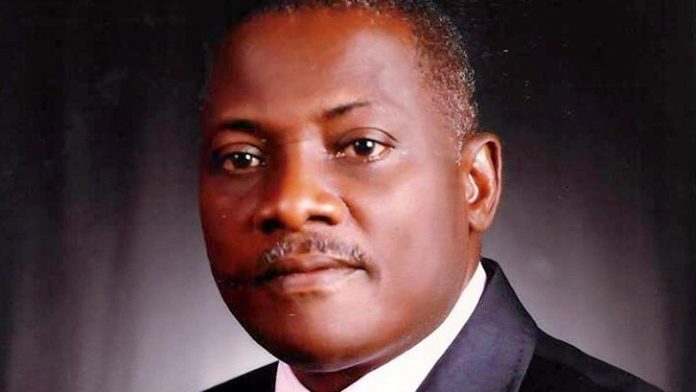 Justice Mojisola Dada this morning issued an arrest warrant against the Chairman of Innoson Group, Innocent Chukwuma for failing to appear before the court to face his trial.

Justice Dada ordered that Mr. Chukwuma should be arrested and kept in custody a day before the next adjourn date, March 14, 2018.

Justice Mojisola Dada issued the bench warrant following the failure of the defendant to appear in court for the second time for arraignment on criminal charges filed by the Economic and Financial Crimes Commission.

“A bench warrant is hereby served on Innocent Chukwuma, he will remain in custody till the next adjourned date.

“The case is adjourned till March 14 for possible arraignment,” Justice Dada said.

Earlier, during the proceedings, a mild drama ensued in the courtroom, with Justice Dada threatening to charge Prof. J. N Mbadugha, the defence counsel for Innoson and Innoson Motors Ltd, for contempt of court.

Charles Chukwuma, a third defendant who was not present in court, had no legal representation.

Justice Dada issued the threat against Mbadugha following his alleged disrespectful conduct and outburst against the court in his opening address.

Mbadugha in his address had shouted: “This proceeding is a clear abuse of court processes, the EFCC is a reckless arbiter.

Justice Dada, in response, said: “Your whole comportment, conduct, countenance smacks of disrespect to the court and rule of law, I will report you to the Nigerian Bar Association.

“You are insulting the court, this is clear contempt in the face of the court; you will go to prison from here, if you think the court is defenceless and powerless, you’d be surprised.”

Mbadugha, who initially said he was ready to be charged for contempt, later tendered an apology to the court, saying: “I am sorry My Lord, I hope the court gives me a second opportunity.

“I want to urge the court to temper justice with mercy; to err is human, but to forgive is divine.”

The defence counsel apologized to the court saying he had withdrawn his earlier statements.