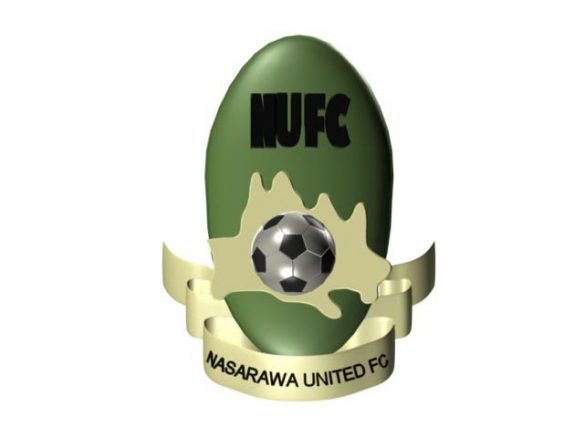 His Lordship, Hon. Justice Kenneth Amadi of the Jos judicial division of the National Industrial Court of Nigeria (NICN) on Tuesday 17th April, 2018 ordered Nasarawa State Government and the State-owned Nasarawa United FC, (NUFC) to pay N98 million to five coaches and 12 players, being their unpaid salaries and sign-on-fees.

The plaintiffs had differently served as technical adviser, assistant coach, chief coach, goal keeper trainer and chief trainer before being laid off in 2015.

The aggrieved players also laid off by the club in 2015 include Okopi Sunday, Vincent Christopher and Jediael Dachor.

The plaintiffs, in their separate prayers, urged the court to compel the club and the state government to pay them the entitlements awarded to them by NFF Players Status/Arbitration Committee on October 10, 2015.

The club and the government, through their Counsel, Ishaku Usman, the state’s Solicitor-General, had objected to the applications and asked the court to strike them out.

Mr Usman had argued that the plaintiffs’ application lacked merit, saying that the court also lacked jurisdiction to entertain them.

In his judgment, Justice Kenneth Amadi gave the club and the state government until April 30 to settle the entitlements.

Out of the N98 million, the coaches are to receive N46. 4 million while the players are to be paid N51.65 million as salaries, match bonuses and sign-on fees.

The two groups approached the court through their separate Counsel, Messrs Paul Hammachi and A.G. Yirvoms.

Mr Amadi held that NFF’s judgment was in order and further argued that the court had jurisdiction to adjudicate on the cases by virtue of section the Constitution 2010 (as amended).

“The issues here border on employment and unpaid salaries and other entitlements.

“By this court and by section 254 of the Constitution, it has the jurisdiction to adjudicate and to enforce any arbitrary award connected and arising from such disputes relating to non-payment of salaries, which is its exclusive right.

“The applications filed by the state government and Nassarawa United FC have therefore failed, and I hereby adopt the NFF Players Status/Arbitration Committee’s Award as judgment for this court.

“I hereby order the respondents (Nasarawa State Government and Nassarawa United FC) to pay all the awardees their entitlements in fulfillment of the award on or before April 30, 2018.

“In the light of this the applicants have been granted leave to enforce this judgment from this date, ’’ the judge held.

Breaking: 19 Newly Appointed NIC Judges to be Sworn in Friday