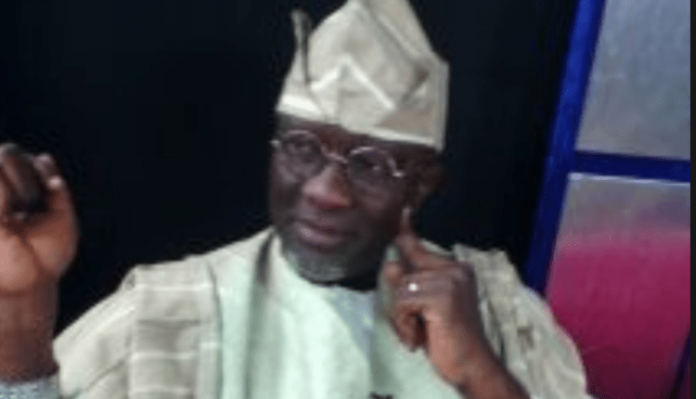 Justice Morenikeji Obadina ordered Martins, the Aare Mayegun of Ogere, Ogun State, to refund to Matilda’s mother, Miss Adenike Adeniyi, the sum of N615,100 spent on her education from birth.

The judge made a lump sum award of N2.5million to Adeniyi to be paid by Martin “forthwith” following the “emotional stress” caused her by the presenter’s “refusal to take up parental responsibility for the child.”

She ordered the TV host to take responsibility for Matilda’s education till university level and pay her mother N150,000 every month for their daughter’s upkeep, “until she graduates from University and starts working.”

The judge gave the verdict on Thursday while delivering judgment in a suit filed by Adeniyi on November 22, 2016.

The applicant ‎averred in her claim that she had a relationship with Martins in 2001, following which she conceived and gave birth to their daughter.

She testified that her pregnancy was the result of Martin’s promise to marry her if she proved her fertility.

Adenike told Justice Obadina that five months after she conceived, Martin, who initially accepted paternity, demanded that she abort the pregnancy but she refused.

According to her, this annoyed the respondent and he assaulted her.

She said: “When I gave birth to the child, my family went to inform the respondent’s family; his family disregarded my mother who went to see them and vowed not to have anything to do with ‘the bastard.’

Adenike averred that she was incessantly harassed by the respondent’s mother and sister, named Dupe, and she reported the assault at the Iponri Police Station.

The police, she said, advised her to take their child away from the vicinity to avoid further harassment, which she did.

The woman testified that she had been solely responsible for the feeding, clothing, education, medical care and accommodation ‎of the child.

Adenike further stated that she was labeled “mother of a fatherless child” until an Igbosere Magistrates’ Court ordered a DNA Test.

“The paternity test result came out positive that the respondent is the father of the child,” Adenike said.

The Magistrates’ Court ordered Martin to pay her a N150,000 monthly allowance for the upkeep of the child, but, according to Adenike, the respondent refused to comply.

“I had to sell all my personal belongings and obtained loans to take care of the child till date,” she added.

In her ruling, Justice Obadina observed that Martins refused to honour several summons and the hearing notice served on him and that the suit was undefended.

The judge also observed that during an interaction with the child on May 22, 2017, she told the court that she was 15 and met her dad only once in her life, when she was 12 years old.

“The right of a wife and child to maintenance is not contractual in nature. It is an obligation and may by law be compelled to do so subject to the husband’s degree, estate or circumstance.

ALSO READ   The EFCC Lacks Powers to Investigate or Prosecute a Serving Judicial Officer in Nigeria for Misconducts or Offences Allegedly Committed in the Discharge of the Duties of His Office - HON JUSTICE NGAJIWA v. FEDERAL REPUBLIC OF NIGERIA (FRN), Appeal No: CA/L/969C/2017

“Even though the Applicant and the Respondent are not married, they have a child that binds them for life. That child is entitled to parental care and provision of necessaries by her father and should not suffer any disadvantage because of the circumstances of her birth.

“I hold that the Respondent is bound by law and good conscience to provide for the child he brought to this world and will be compelled by this court to take up parental responsibility for his child.