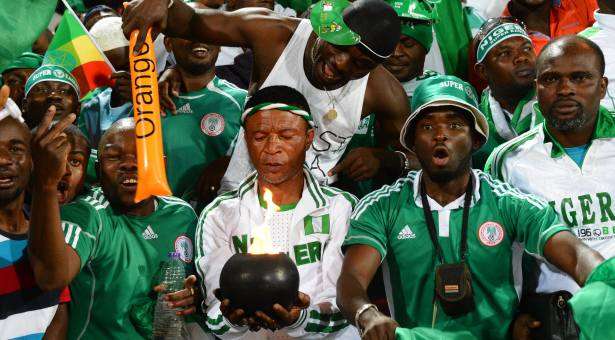 Justice John Tsoho of the Federal High Court, Abuja, on Friday refused to grant a restraining order barring the Nigeria Eagles Supporters Club from parading themselves as a supporters club in the country.

The Nigeria Football Supporters Club went to court to seek an order of perpetual injunction restraining the Eagles’ supporters from parading themselves or operating as a supporters club.

The Nigeria Football Supporters Club, the applicant, had filed an ex parte motion but the judge, Justice Tsoho, refused to grant the order and asked the club to notify the Eagles’ supporters of the suit.

The applicant then put the Eagles’ supporters on notice and asked for an order of perpetual injunction restraining them from parading or purporting to be the Nigeria Eagles Supporters Club.

The applicant also asked for an order for interim suspension of the incorporation of the Nigeria Eagles Supporters Club by the Corporate Affairs Commission, the second respondent in the suit.

Justice Tsoho in his ruling struck out the motion saying that the first relief sought was bereft of logic.

“Having considered affidavit evidence and arguments of all counsel, I hold the view that the applicant’s application is not sustained, and it is therefore struck out.

“Prayer one as couched by the applicant is no doubt bereft of logic,” the judge said.

The judge said that by the averments in the affidavit in support of the motion, the applicant failed to prevent the complained anomaly and could therefore not hold anyone responsible.

The judge added that the second relief sought by the applicant was already a completed act as the Eagles’ supporters had already been registered and incorporated by the CAC.

“The law is trite that already done or completed acts or events cannot be restrained; prayer two is not grantable as the act sought to be restrained is already completed.”

Justice Tsoho opined that the alternative was for the applicant to seek nullification of the incorporation of the Eagles supporters.