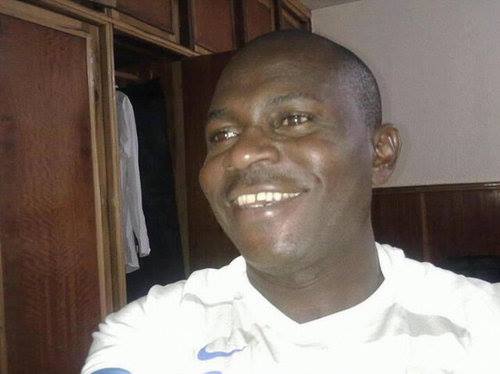 Members of the NBA, Ilesa branch had approached the court asking for an ex-parte order restraining Governor Rauf Aregbesola and the state agents from victimizing Ajibola over the issue of tax or any other related matter pending the determination of suit filed challenging the constitutionality of the State Tax Law.

Leading other 32 lawyers, Barrister Nathaniel Folorunso argued that granting the injunctive application should be considered necessary based on the situation at hand with the affidavits and exhibits attached to it.

In his 43 page affidavits, Ajibola, a human right activist claimed that the Governor has vindictively, speculatively imposed a heavy tax of over N5.3 million on him and that in January 2018 alone, he was issued a bill of N577,000 as tax, saying “the imposition of which is unprecedented to any person or persons in my class and cadre”.

He said most of his cases were being handled pro-bono and he had to engage in farming to support himself and in caring for his family.
According to him, the Governor “is too embittered by some of the cases I have against him, among which are:

“Kanmi Ajibola vs. The Governor of Osun State: Suit No. HOS/M.89/2016 praying the Court for: the financial independence of the judiciary to guide against the executive influence on the judiciary.

“Kanmi Ajibola vs. The Governor of Osun State: Suit No. HOS/46/2016 praying the Court for: An order stopping the Osun State Governor from sacking 678 staffers of the Ladoke Akintola University of Technology Teaching Hospital .

“For the above referred cases and some others that are still pending in various Courts, the Governor of Osun State has decided to brutally deal with me”, he stated.

He added that, “On the 5th day of March 2018, I got a security hint that the governor of Osun State wants to kill me, by directing his Attorney General & Commissioner for Justice to bring a trumped-up charge against me, through which I will be sent to the prison and through a contact networking, to have my food poisoned in the prison.

“In the alternative to get me poisoned in the prison, the governor of Osun State is planning to assassinate me through his agents in June 2018 or at any other time convenient to him”.

He told the court that this immediately prompted him to report this threat to my life to the NBA, Ilesa Branch.

Delivering ruling his ruling, Justice Kola Adegoke ordered the governor any of his officials from victimizing, persecuting, causing the arrest, arraignment, prosecution of Ajibola in his court or any other court, on a tax or other related matters pending the hearing and determination of a substantive case before him.

Justice Adegoke ordered that all necessary papers be served to the defendant as he thereafter adjourned the matter to April 16 for further hearing.

Meanwhile the NBA, Ilesa Branch has petitioned the Inspector General of Police IGP, the Director-General of State Security Service (SSS) and the NBA at the national level over the alleged threat to life of Barrister Ajibola.

The lawyers stated that based on the information through a Press Conference held recently by a Cleric and Human Right Crusader, Bishop Seun Adeoye and the information presented by Ajibola to them, they can no longer keep quiet over the matter.

In the petition signed by NBA, Ilesa Branch Secretary, Bar. Olayinka Sokoya, the association urged that the petition be treated with utmost diligence and swiftness “as we do not wish to wait until the threat is carried out”.

Copy of the petition: