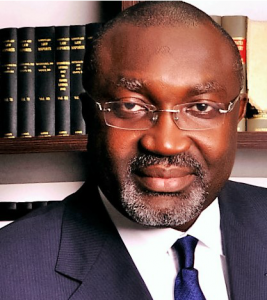 The Abuja Division of the Federal High Court has barred the Federal Inland Revenue Service (FIRS) and the Economic and Financial Crimes Commission (EFCC) from filing criminal charges ‎against a Senior Advocate of Nigeria (SAN), Godwin Obla, pending the determination of the substantive suit against them.

‎Justice Ijeoma Ojukwu  gave the preservative order after granting an exparte application for judicial review against the FIRS and EFCC.

Justice Ojukwu after listening to Dr. J. Y. Musa (SAN), who moved the motion Ex-parte, said she was convinced by the oral submissions and material evidence placed before the court to grant the prayers sought therein.

‎”After a careful consideration of the averments in the affidavit in support, exhibits attached and written address of learned senior counsel, the court is of the opinion that it is in the interest of justice and in tandem with the law to grant this application,” Justice Ojukwu ruled.

While ordering that the interim order and processes be served on the respondents, the court adjourned the matter to August 9 for hearing of the originating summons.

Meanwhile, in an originating summons marked FHC/ABJ/CS/762/2018, Obla formulated nine issues for the determination of the court as well as some declarative reliefs.

The suit which is supported by a 66- paragraphs affidavits posed the following questions for determination:

* Whether, having regard to and upon a combined interpretation of the provisions of sections 2(1) (a), 3 and 54 of the personal Income Tax Act (as amended) 1993 and sections 8, 27 and 29 of the Federal Capital Territory Internal Revenue Service Act 2015, the 1st defendant (FIRS), has the vires and/ or jurisdiction to assess, levy, charge, administer, enforce, demand and /or collect personal income tax from the plaintiff who is resident and conducts business within the Federal ‎Capital Territory, Abuja?