“By the standard of living in Ekiti (then a part of the present Ondo State) in the 50s, his    father was well to do and he therefore could have lived comfortably even without activism. But the passion to defend the less privileged was too strong for him to resist; it is the way he wants to live his life. And though he once contemplated it, he decided to opt out of the opportunity to take an oath of celibacy as a Catholic priest, coupled with the fact that he could not watch other people suffer where he lived; this led him to ‘marry the Law”… Success digest online 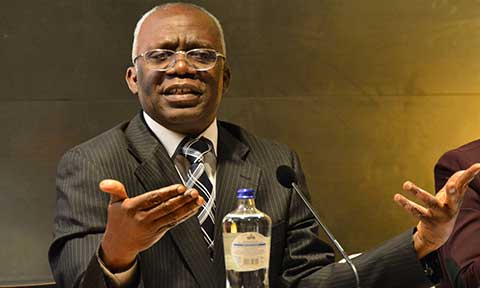 Femi Falana SAN popular Nigerian Lawyer and human rights activist was born on 20th May, 1958. A native of Ilawe, Ekiti state, Nigeria, he attended St. Michael’s Primary School, Ilawe, between 1963 and 1968 and Sacred Heart Catholic Seminary between 1971 and 1975. He studied Law at the University of Ife (Obafemi Awolowo University between 1977 and 1981. He was called to the bar a year after.

Femi Falana SAN worked with the Oyo State Public Complaints Commission between 1982 and 1983. He proceeded to the Firm of Alao Aka –Bashorun & CO where he worked between 1983 and 1991. In 1991 he set up Falana and Falana Chambers (Formerly Femi Falana) and became a Senior Advocate of Nigeria in 2012.

Falana is renowned for providing free legal services to the poor and disadvantaged and had suffered long spells in detention under Nigeria’s past military dictators. His activism began during his days as a student leader in the university. He stood his ground against oppression from successive military governments. Barely a year after his call to bar; during his National Youth Service, he succeeded in securing the bail of 7 University of Ibadan students who were arrested and unlawfully remanded in prison custody for protesting for their rights. 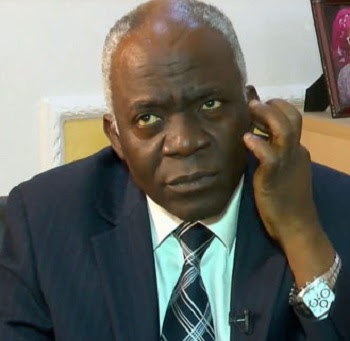 The above incident led to his not being issued a discharge certificate by the National Youth Service Corps (NYSC) after his one year mandatory national service. It was in July 2001, 18 years after, that Falana petitioned the Justice Oputa led Human Rights Panel (set up by the then Obasanjo administration) over the withheld certificate that same was subsequently released to him on live television at the commission’s sitting.

Falana SAN is also known for providing free legal services to the poor and disadvantaged. He has been detained numerous times by the security services for his activism and he has won numerous awards locally and internationally for his activism.

He has presented numerous papers on diverse legal issues and published several articles in both local and international journals as well as books on contemporary legal issues including: Fundamental Rights Enforcement, Legal and Policy Framework of Occupational Health and Safety in Nigeria and Working In Danger.

At DNL Legal & Style we Celebrate Chief Falana SAN on the occassion of his 60th birthday and wish him sound health of mind and body.