The 5th of March of every year is special in many ramifications. It was the day when the Roman Emperor Julian moved from Antioch with an army of 90,000 to attack the Sasanian Empire, in a campaign which would bring about his own death. The 5th of March was when Nasir Khusraw began the seven-year Middle Eastern journey which he will later describe in his book Safarnama. On the 5th of March, King Henry VII of England issued letters  patent to John Cabot and his sons, authorizing them to explore unknown lands. The list of the notable events of March 5 are endless. For us in Nigeria, particularly the legal profession, March 5 is a day worthy of celebration. It is the day a man who would later become the centripetal force of legal luminaries in the country was born. 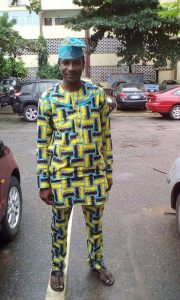 Tolani Kolawole, Olayiwola, Titilope, Adetutu Rafiu was born on the 5th of March, the Year of Our Lord. In a recent post I made describing the uniqueness of the person Tolani, I had described him as “…a very intelligent counsel, brave, bold, firm, fair, energetic, resourceful and forthright”.

“He is the Admin of the Lawyers Forum, a leading WatsApp Group where legal issues (exclusively) are discussed. Tolani has been able to bring to bare his intellectual dexterity in the management of the group. The group boasts of Life benchers, Senior Advocates of Nigeria, erudite Professors of Law and Legal Luminaries. It probably would take only a Tolani to house these Legal Luminaries in one group with such harmony and comradeship, without losing the essence of the group. Lawyers Forum is the only WatsApp Group in Nigeria where THE ONLY THING DISCUSSED are legal issues”.

I also said of him that he “… has isolated himself from the average Legal Mind whose turf is in identifying challenges and impossibilities. They do not see anything good in any situation and they are not willing to lift a finger towards proffering possible solutions to the apparent problems they have identified”.

On a day like this, I decided to venture into the humble beginnings of Tolani and what I found out is worthy of share.

Tolani went to the prestigious University of Ibadan. He applied to study Political Science and was place on merit list. Whilst in the Political Science department as a class governor, he was nicknamed Gladiator by Prof. Efosa Eghosa Osaghe now Vice Chancellor, Igbinedion University. Mr. Rafiu eventually crossed over to read law. Whilst in the faculty of Law, he surmounted the ordeal of an impending rustication when the Admission Officer informed him that WAEC had written a letter to the institution that his Certificate has been cancelled. He was subsequently given one month ultimatum to produce same or leave the school.

Mr. Rafiu being an activist, engaged the service of Late Dr.  Olu Onagoruwa, the Ex AG of the Federation who assigned one of the vibrant lawyers in the chambers, Mr. F.J. Adefioye, (now one of the Chief Magistrate in Lagos) to fight his cause.

Mr. F.J .Adefioye swung into action immediately threatening WAEC to produce his certificate within 5 working days. The above threat worked as a revalidation certificate was issued by WAEC and couriered to the University of Ibadan within the 5 days grace period.

With the manner in which WAEC responded, the then Vice Chancellor of University of Ibadan Mr. Ayodele Falase issued a personal congratulatory message to Tolani wherein he made the following remarks: “You are like the Biblical Daniel who went into the Lions’ Den and came back alive.

With his admission status rectified, Tolani began his exploit. He won the Oduduwa Heritage Organization of Oakland San Fransisco Bay Area California USA Scholarship in November, 2004, a scholarship award which was first of its kind in Nigerian Universities and Institution of Higher Learning.

Upon becoming a lawyer, Mr. Rafiu worked briefly with Mr. Kunle Fakunola & Co in Ibadan, before joining the Law firm of AA. Ogunba & Co in  Ijebu Ode. He proceeded to Lagos State where he joined the service of Lagos State Government  in March 15  2010  and was engaged as a Project Officer. He deployed to the Directorate of Public Prosecutions (DPP) where he learnt directly from the master herself the Ex DPP Mrs Olabisi Ogungbesan now a high court Judge

The same year he was adjudged the most outstanding law officer, junior category in the directorate of public prosecutions. Thus becoming once more one of the very first recipients of  such award given to Project Officers.

Mr. Rafiu is presently deployed to the Citizens Mediation Centre, Lagos State Ministry of Justice Ojokoro Unit. He was awarded the most outstanding officer of that Unit in 2017.

Moving away from his official accolades, Tolani Rafiu is the Admin of several lawyers’ platforms which boasts of Life benchers, Senior Advocates of Nigeria, erudite Professors of Law and Legal Luminaries where he not only is able to coordinate Lawyers from diverse back ground but has been able to bring to bare his intellectual dexterity in the management of the group.

It probably would take only a Tolani to house these Legal Luminaries in one group with such harmony and comradeship, without losing the essence of the group. 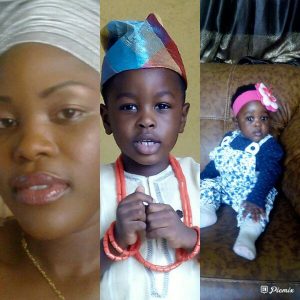 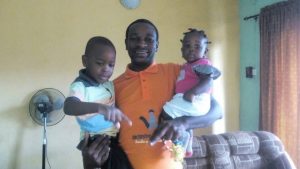 In the home front, Mr Rafiu is happily married  and blessed with two children whom he proudly call the two ECOMOG SOLDIERS.

Ladies and gentlemen, join us to raise your glasses as we toast to Tolani’s Long life, health, wealth, wisdom and continued inspiration.