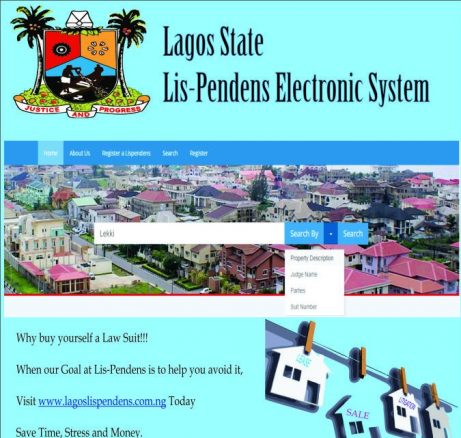 The meaning of lis pendens is – ‘a pending legal action’, wherein Lis means the ‘suit’ and Pendens means ‘continuing or pending’. The doctrine has been derived from a latin maxim “Ut pendent nihil innovetur” which means that during litigation nothing should be changed.

The principle embodying the said doctrine is that the subject matter of a suit should not be transferred to a third party during the pendency of the suit.

The purpose of a lis pendens is to put third parties on notice that there is ongoing litigation over a property which could ultimately diminish its value or affect the interest of the party currently holding or controlling it. Potential purchasers will generally be reluctant to proceed with a sale where they discover that a lis pendens is registered. A lis pendens therefore prevents the person holding the property from dealing with it in the usual course, effectively freezing their rights of disposal. These adverse consequences are exacerbated by the necessity to make a Court application (unless the registrant consents) to vacate

According to the Court of Appeal in Akiboye v. Adeko (2011) 6 NWLR (pat 1244) 415, the doctrine has evolved for the purpose of preventing one party from fraudulently seeking to overreach the decision of the court granting title to the opposing party on the basis that he had divested himself of the title before the decision of the Court was made.

The point here is that if a third party chooses to purchase the property, the subject matter of litigation from one of the litigants during the currency of the suit, he does so at his own risk as stated in OLORI MOTORS CO.  LTD V U.B.N PLC (2006) 10 NWLR  (PT 989). If it turns out that the person from whom he bought had no title or was adjudged at the end of the suit to not be the owner, the purchase must take as he finds.  The contract entered into by a third party who purchases such property does not automatically become void, but must abide and be subject to the outcome of the suit.

The doctrine of Lis Pendens essentially aims at (i) avoiding endless litigation, (ii) protecting either party to the litigation against the act of the other, (iii) avoiding abuse of legal process

Legal Implication of Covid 19 on Statute of Limitation – Chidera...