Home Columns Echoes From The Court Room Echoes from the Courtroom: Ex-parte Orders; The Intrigues and Paucity 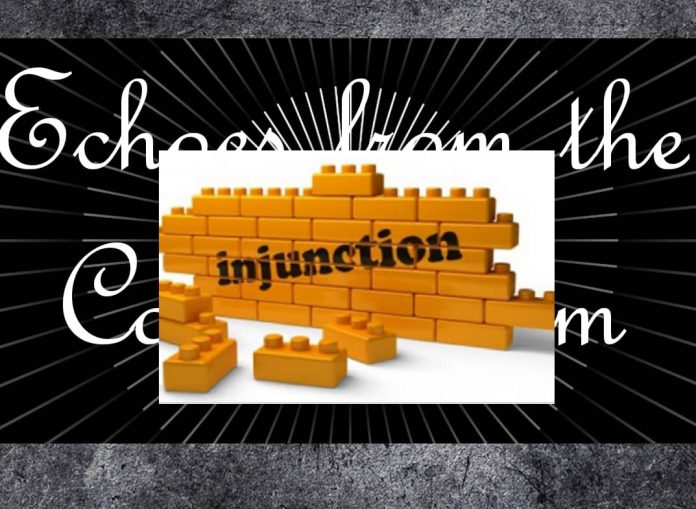 This write up was inspired by an interesting chat I had with a very senior colleague recently. Ever wondered how scarce ex-parte injunctions have become? Have you ever found yourself in a life and death situation where all you needed is that phrase “ordered as prayed?”

Injunctions by their nature are remedial. They are orders given at a particular stage of the proceedings pending the final determination of the substantive suit before the Court. They are sought in extreme and dare situations when it is imperative that all that is needed is for the res or status quo to be preserved.

In courts today, to obtain an ex parte injunction is like the proverbial cattle passing through the eye of the needle. On several occasions, I have had to ask myself the need for the presence of ex-parte order in the rules of court. If you cannot make a conscious effort to refuse me an exparte order, why make provision for it. There are times when  all the elements required for the grant of an ex-parte order would be present, party seeking injunction would have provided enough evidence to show that the court can exercise its discretion to grant the order, security for cost would have been given and more elegant argument of the precarious predicament canvassed with impeccable oratory advocacy skill, yet, My Lord would from the other side of the divide make the most undesirable pronouncement, “you would have to put the other party on notice.” If Mi Lord is in a good mood he may add; “I would give  you a very short adjournment.”

I was in dare need of a restraining order of court and after explaining my situation and the nature of the order being sought, My Lord declared: “I really sympathize with you on this one but I would not grant you this order ex-parte because you would not counter sign my response to the query which would accuse me of receiving bribe for granting it. I don’t need this kind of distraction right now. So please put the other party on notice and take the shortest date after the number of days allowed by the rules for them to respond to your application. This is the best I can do for your counsel.”

I was disappointed. I didn’t see that coming. My Lord did not refuse the application because I did not give enough reason for the application to be granted. She refused the application because someone somewhere on the other side would petition her for granting a deserving preservative order and according to her, it is a distraction she is not willing to allow. Put differently, My Lord was scared that she would be petitioned for granting an ex-parte order, hence, her refusal. While I was battling with my state of unconsciousness, My Lord looked at me and said in a manner she must have considered amusing; “counsel, you know, I was having a chat with one of my Learned Brother who was sharing his experience of a petition written against him for granting ex-parte application and he said to me that he has learnt that since no one is queried for not granting an ex-parte application, he would rather not grant ex-parte applications and remain free of petitions than be bothered by frivolous petitions for exercising his judicial discretion” I was shocked.

ALSO READ   Echoes From the Courtroom: The Ambush Letter of Adjournment

When I was a bit calm, I told this story to a more senior lawyer and his response was not different. In fact, he supported the Judge. “Do you entirely blame Mi Lord? When a judge grants an interim injunction, and someone is ready to write a petition against him with a claim that he has been offered bribe to so do. Tell me if you were a judge and you have to choose between going to Abuja to give reasons why you granted the injunction and how you did not take a bribe to grant same and a situation where for your own peace of mind, you say to the party before you to go and bring the other party so you can hear both of them and give your ruling, which option would you prefer? He said to me “That, my dear is the reason for the scarcity of ex-parte injunction.” He was speaking as if he was there when the Judge was sharing her discussion with her Learned Brother.

The question is, how did we get to this stage? How did we arrive at a situation where a judge would rather not grant injunction for fear of being unnecessarily distracted by petitions and allegations of bribery.

The philosophy behind the grant of ex parte injunctions are seriously being eroded. This in turn is affecting in no small way the justice delivery system all over the country.