Home News Falana to FG: It is Unlawful to Stop Salaries of Striking ASUU... 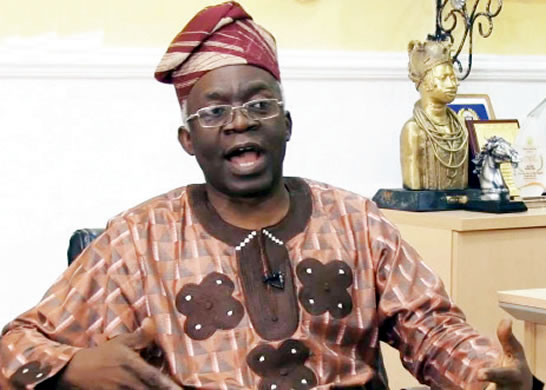 Lagos lawyer, Femi Falana (SAN) has urged the federal government to withdraw its directive stopping the salaries and allowances of the striking members of the Academic Staff Union of Universities (ASUU).

Falana said the directive was not justified in law.

The federal government had last week directed the Vice Chancellors of all federal universities in the country to apply Section 43 of the Trade Disputes Amendment Act by seizing the salaries and allowances of the striking members  of the Academic Staff Union of Universities (ASUU).

But Falana, in a statement issued in Lagos on Momday titled, “Why “no work no pay” rule is never applied to striking employees contended that the directive could not be justified in law on  the grounds that only the governing councils of the affected institutions are empowered by the relevant laws to subject the academic staff to any form of disciplinary action.

He also argued that the salaries and allowances of striking lecturers could  not be seized without due process.

Rather, Falana advised the federal and state governments to accelerate the ongoing negotiations  between the authorities and the ASUU so that the striking  lecturers could return to the classrooms as soon as  possible.

He disagreed with the claims of the Minister of Labour and Productivity, Dr. Chris Ngige reported to have said  that until section 43 of the  Trade Disputes Amendment Act which disentitles employees to payment of salaries and allowances  during strikes “is expunged or repealed through legislative process by the  National Assembly, it remains not just applicable but a  point of law for compliance by all citizens of  Nigeria.”

Falana wondered why the minister  has not challenged the  decisions of the Supreme Court which he cited and which held  that it is the exclusive powers of the Governing Council of  every university to discipline lecturers whose employment enjoys statutory flavour.

He maintained that the “no work no pay” policy has always been put in abeyance to ensure the effective resolution of the subject matter of any industrial action.

“Therefore, since the federal  government has  endorsed the payment of salaries and  allowances of striking lecturers the controversial directive

to the Vice Chancellors of all federal universities ought to  be immediately withdrawn”, he said.

Falana said it was curious why the minister did not disclose that the federal government has always put the law aside in a bit to end strikes embarked upon by workers  in the public service.

According to him, “a clause is usually inserted in collective agreements that employees who had  taken part in an industrial action would not be damnified in any manner whatsoever and howsoever.

“The practice was  judicially endorsed  in the case of Senior Staff  Association of Nigerian Universities v Federal Government of  Nigeria (unreported suit no  NIC/8/2004 whose judgment was  delivered on May 8, 2007)  where the National Industrial  Court held  that ” …it is perfectly lawful for an  employer to choose to dispense with the ‘no work no  pay’ rule.

“In other words, strike pay is lawful if an employer chooses to pay same and not to penalise the strikers in any other way for the strike.

“It is lawful for employees to agree with their employer that wages will be paid and no other detriment suffered even when strike actions are embarked upon”, he contended.

“With particular reference to strikes by university lecturers the federal government has always entered into Collective Agreements with ASUU  to the effect that “nobody shall be victimised in any way whatsoever for his/her role in the process leading to these resolutions and Agreement”.

“The clause was inserted in the 1992, 2009 and 2013 Collective Agreements which were freely signed by the representatives of the federal and state governments as well as ASUU”, he recalled.