Oloye Sir Adeyemo Alakija, was born Placido Adeyemo Assumpçao in Lagos, Nigeria on 25th May 1884 to the family of Marculino (sometimes called Elemeji) and Maxmilliana Assumpcao; he was the youngest of the seven children in the family. His father was of Egba ancestry and his mother was the daughter of Alfa Cyprian Akinosho Tairu of Oyo. He was descended from freed Brazilian slaves who had returned to Nigeria, which was common at the time.

Alakija attended St Gregory’s Catholic School before moving to CMS Grammar School, Lagos. He later studied at Oxford University in the early 1930s, and became an ardent proponent for the provision of tertiary education to Nigerians during the colonial period.

After finishing his secondary education, Alakija started work in the post office in 1900 and served in the civil service for ten years. He then proceeded to study Law in London, earning his qualification in 1913, and thereafter opened a law practice in Lagos.

His law firm was successful but his foray into elective politics met opposition from Herbert Macaulay, a former friend of his whose politics diverged as a result of the Lagos Eleko crisis.

He served as a member of the Nigerian legislative council for nine years starting in 1933. In 1942, he became a member of the governor’s Executive Council. Alakija’s collaboration with Herbert Macaulay and Egerton Shyngle early in his political career brought him prominence but after falling out with Macaulay and because of his moderate political views, his popularity began to wane until the early 1950s when he had begun to develop favour in the eyes of the public. Alakija developed close relationships with many organizations and communities among whom were the Lebanese and Syrian community in Nigeria, he was decorated with a medal of the cedars after his visit to Lebanon in 1949.

Sir Adeyemo Alakija was a newspaper entrepreneur who co-founded the Daily Times of Nigeria with Ernest Ikoli and Richard Barrow, who was the president of the Lagos Chamber of Commerce. Alakija assumed the chairmanship of the paper’s publishing arm, the Nigerian Printing and Publishing Company. He was also a member of the governor’s executive council and was president of the Nigerian Youth Movement.

He was heavily influenced by the tidal waves of cultural nationalism in Nigeria during the early twentieth century. It was this self-assertiveness that led his family to abandon their assimilated Portuguese name in favour of a native one, Alakija, in 1913.

Alakija was influential in the development of Egbe Omo Oduduwa and later the Action Group and was donor to both organizations.

Alakija died in the early hours of May 10, 1952. The night before, he had attended a dinner hosted by Sir Mobolaji Bank Anthony. 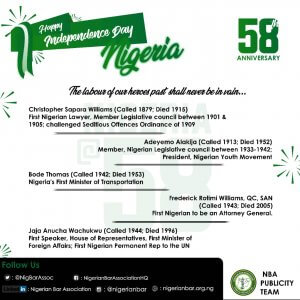