Home Court room news Falz Drags NBC to Court Over Ban on His Song “This is... 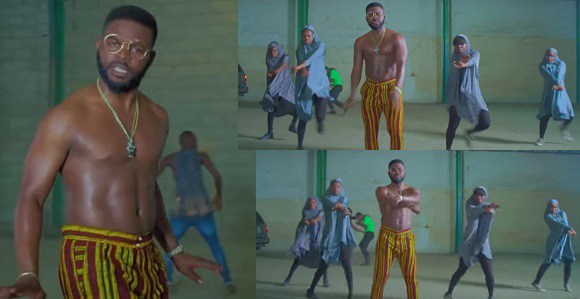 Nigerian Musician Folarin Falana, popularly known as Falz, has filed a suit challenging the ban placed by the National Broadcasting Commission (NBC) on his song, “This is Nigeria”.

The suit was filed by Adepetun Caxton-Martins Agbor & Segun (ACAS-Law), on November, 6, 2018, three months after the NBC sent a letter to JODAJ Global Communications Limited in Jos sanctioning them for playing Falz’s song, “This Is Nigeria” and banning the song from being played on radio, along with other songs.

In the letter sent to JODAJ Global Communications Limited, NBC stated that the reason for banning This Is Nigeria is that the lyrics are vulgar and in contravention of the NBC Code.

By an Originating Summons, Falz is seeking, among other:

Falz who had hinted in an interview sometime in August that he would write to the NBC to seek a justification for the ban and if necessary, seek legal redress in the courts has matched his words with the requisite action by suing the regulatory body. 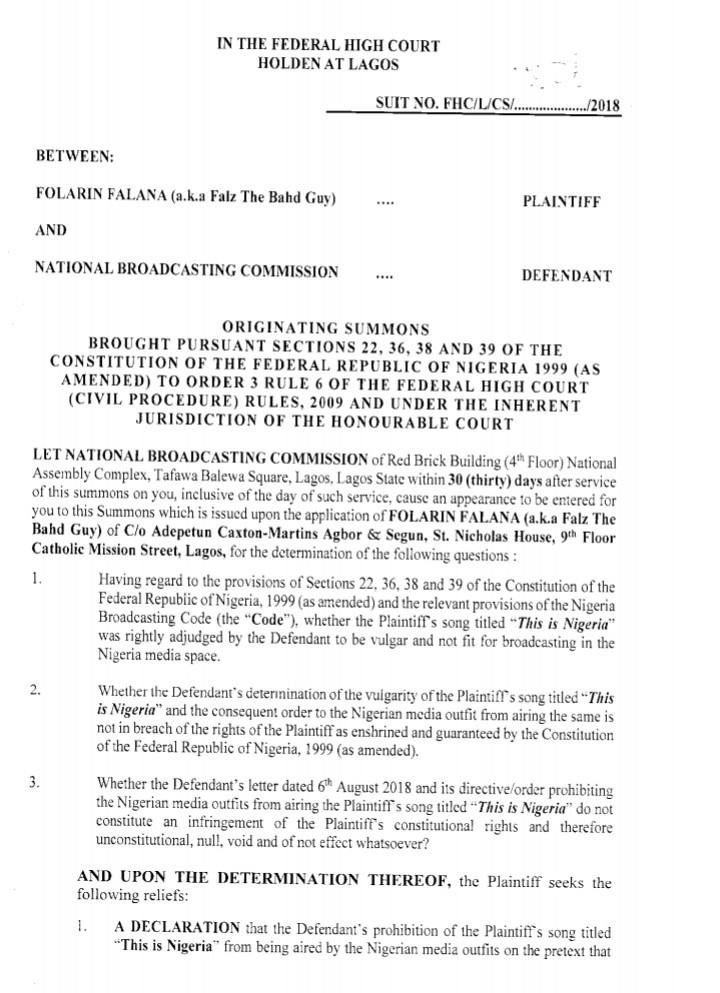 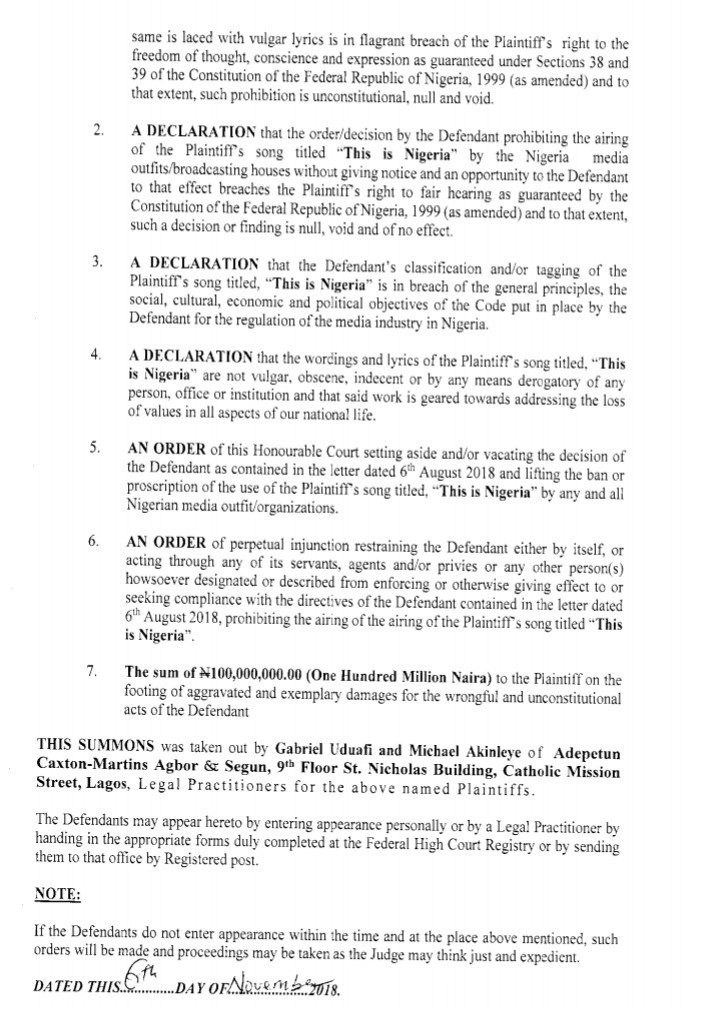 Court Sentences Man To 3 Months Imprisonment For Attempting To Steal