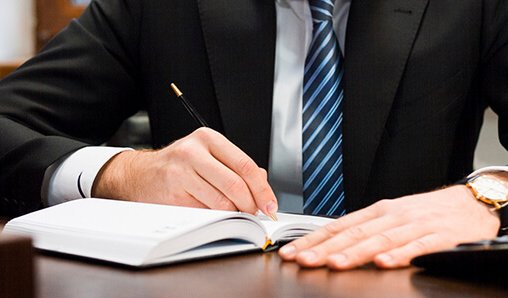 Having attorneys retained by families as ‘family lawyers’ may be viewed as a means of attaining the divinely ordained equal justice for all. But delays in the justice system, poverty, and low awareness are among the factors that could hamper the use of family lawyers in Nigeria.

Professor C.J. Amasike, chairman of the International Dispute Resolution Institute (IDRI) said disputes are inevitable in human relations, explaining that this raises the need for adjudication, which he said are better handled by persons with skills of Alternative Dispute Resolution (ADR) mechanisms.

“Disputes and conflicts are part of human nature. Even in heaven there was a fight between Lucifer and his supporters and Angels,” he said.

Kehinde Ogunwumiju (SAN) said lawyers are not just meant for families involved in cases but also those in big businesses.

“For instance, if it is a family that have a lot of lands, property, business, like those big families in Lagos and Ondo states, you have lawyers that help them deal with them,” he said.

“Having family lawyers is very important,” according to Barr Ezenwa Anumnu, a factional chairman of the Nigerian Bar Association (NBA), Abuja Branch. “You find out that you might always have issues that need a lawyer. In Abuja the law practice is still like trading, but in Lagos you have family lawyers for writing of wills, agreements, estates, conveyancing etc.”

“It depends on what you agree with the person. The lawyer may discount some fees and may not charge on commercial rate depending on some other services or provisions provided for them.

“Everybody must have a doctor and a lawyer. You might always have issues to deal with lawyer and doctor. For instance, everybody should make a will, it’s not as if they are going to die,” he added.

For his part, Barr Francis Mgboh said it is ‘very essential’ for every family to retain a lawyer, some of which could be family members or friends, who could always render legal advice to avoid mistakes.

“It is more essential than having a doctor. Ignorance of the law is not an excuse to commit an offense. Your lawyer is a guide to live in a better society,” he said.

However, some lawyers believe that as desirable as the need for families to have a lawyer is, the financial implication could prove too much for many families.

A human rights lawyer, Hamid Ajibola Jimoh said just as corporate bodies engage law firms as counsel, it is necessary to have family lawyers in order to avoid troubles, citing medical practice where doctors are engaged.

He however identified financial incapacity as major hinderance to the idea of retention of lawyers by families unlike the case in medical practice, where he said “health is regarded as wealth, which is unavoidable.”

In the same vein, the General Secretary of the Nigerian Bar Association (NBA), Isiaka Olagunju said though there is need for every family to have a lawyer in Nigeria, it is not realistic because of the level of poverty in the country.

ALSO READ   CCT V CJN: A Case of Fidelity to the Rule of Law or a Display of Political Correctness? - Vanessa Kelechi

He agreed that services of lawyers may not be paid for where the professional rules for pro bono services by lawyers are put into consideration.

Olagunju pointed out that there are about 106,000 lawyer on the roll call of practicing lawyers in Nigeria and the Bar is looking at reducing the numbers for better quality service. But for a country with 198 million people, many would view this figure as insufficient to go round.

Jimoh said the tendency is for everybody to avoid legal issues and troubles. This is made worse by the delay in the disposal of cases in Nigeria, which affects the confidence of the people in the judicial system.

The Supreme Court still presides over cases, which are inherited by different generations in a family.

Despite all its challenges, it is still better for the people to resort to the justice system rather than to self-help. The authorities must therefore do all they can to enhance access to justice and speedy adjudication in the society.

Abdication of Duty: How NBA Leaderships Chase After Shadows to the Detriment of the Security, Welfare and Economic Advancement of the Legal Profession and...