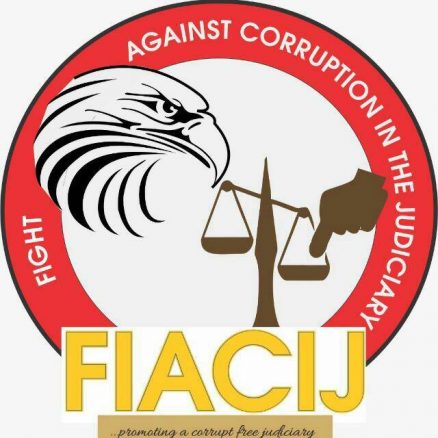 A lawyer had secured bail for her client and had obtained a release warrant. She took the release warrant to the prison warder who was still within the court premises so that when he gets back to Kirikiri there won’t be much hassles in bringing out her client.

The lawyer remembered who she was, she gained confidence in what FIACIJ stood for then she raised her voice and said “I am a lawyer and this warrant is an order of this court which you must obey. I will not give you a dime and you will do your job”

Then comes the magistrate who heard the noise from her office and came out to find out what was causing the commotion.

The lawyer apologized for the disturbance and told the magistrate that she is just having a little disagreement with the prison official and that it was being resolved. BUT THE MAGISTRATE DID THE MOST SHOCKING THING

The Magistrate in her response told the Lawyer “I heard all you were saying from my office” at that point she turned to the warder and said “you are not worth the money you are asking for”….The magistrate then did another shocking thing

The magistrate called for all the release warrant she had signed, gave them to the prison warder and said “you will carry out all these orders today, ALL THESE SUSPECTS MUST SLEEP IN THEIR HOMES TONIGHT” the magistrate then dismissed the warder with a firm warning.

“All lawyers, both at the Bar and the Bench can form a formidable force in ending corruption in the judiciary. We can also clean up other sectors of our polity through our resolve to do what is right”

Our Judges and Magistrates are our best defense while the NBA is our best weapon against all forms of corrupt practices within our Judiciary.

Justice Nnamdi Dimgba: DSS Threatened My Registrar To Get Testimonies Against...