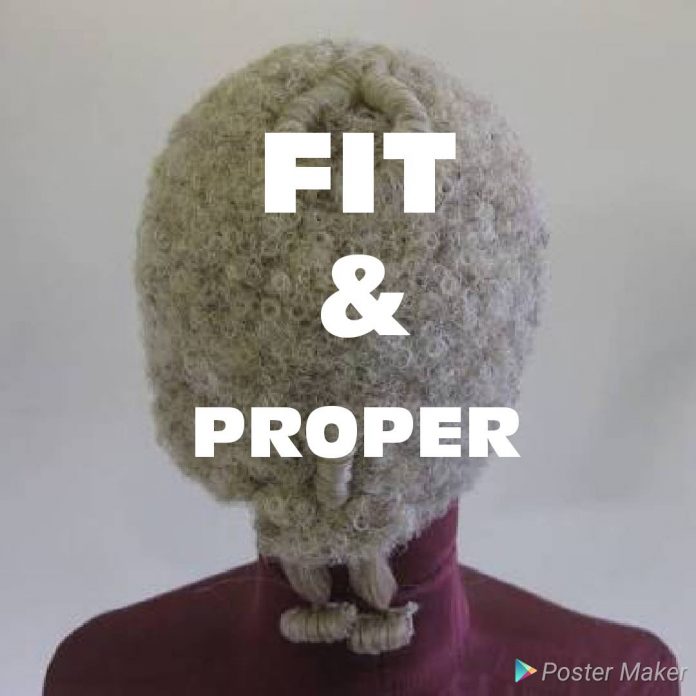 President Muhammadu Buhari on Friday said only judges who are physically and mentally fit will be allowed to preside over courts in Nigeria.

The President in a statement signed by his Senior Special Assistant on Media and Publicity, Garba Shehu said verification process has commenced to ensure that  judges recommended by the National Judicial Council only are those appointed into various courts across the country.

“President Muhammadu Buhari has commenced the process of ensuring that persons, Judges and Justices recommended by the National Judicial Council (NJC) for appointment into various Courts of Record in the instant are fit and proper, and are not under any disability to function as Judicial Officers,” the statement read in part.

Garba Shehu said President Buhari’s position is in furtherance of the executive powers vested in him under Section 5 of the 1999 Constitution, which allows him as the appointing authority to exercise same reasonably, taking all relevant factors into consideration.

He said Nigerians are assured that Buhari will issue his approval or otherwise as soon as the process of the background verification is completed.

President Buhari earlier on Friday approved the compulsory retirement of Justice Adeniyi Ademola of the Abuja Division of the Federal High Court.

He also approved the dismissal of Justice O.O Tokode of the Benin Division of the Federal High Court from office.

Justice Tokode was also directed to refund all salaries and allowances he allegedly earned illegally from December 2, 2015, when he was sworn-in as a judge of the Federal High Court to date.

President Buhari further asked judicial officers to be alive to their responsibilities and eschew corruption in the discharge of their duties.