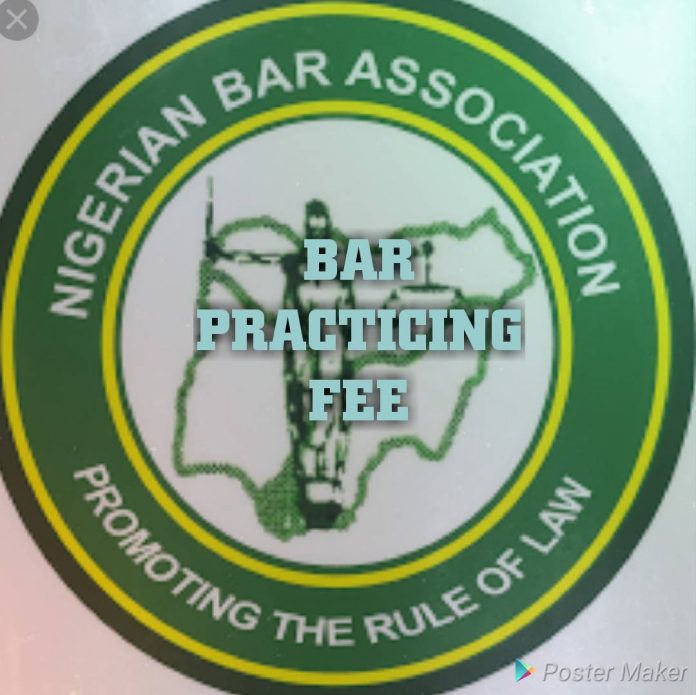 Section 4 of the 2015 NBA Constitution mandates all Legal Practitioners to pay their Bar Practicing Fee before the 31st of March every year.

There are various milestones for Legal Practitioners which are directly tied to payment of Bar Practicing Fee in accordance with the provisions of the NBA Constitution. Five of the key milestones are highlighted hereunder.

#1 – Right of Audience in Court

The NBA Seal which is mandatorily required for lawyers to be affixed on all documents bearing their names would only be processed upon presentation of evidence of payment of the Bar Practicing Fee.

The regulations guiding the confirment of the rank of Senior Advocates and appointment as a Notary Public requires evidence of payment of Bar Practicing Fee for consecutive number of years. Such evidence of payment would only be considered for the referred privileges if those payments were made on or before the 31st of March.

#4 – Eligibility to Hold Any Office at the Bar

Whenever there are considerations for the filing of any position or office at the Bar Association, either as a National Officer or Members of NBA Statutory Committees, the payment of Bar Practicing Fee becomes very crucial and a deciding factor.

#5 – Right to Vote During Bar Elections

There are so many agitation among members of the Bar craving for better welfare and adequate representation from the NBA National Officers. 2018 is an election year for the National NBA. With the benefit of hindsight (looking back at the just concluded NBA AGC), there might be possibilities that the IT links for the payment and confirmation of the Bar Practicing Fee would become very epileptic and this may disenfranchise a lot of lawyers. If this is a possibility and we really must decide the future of the Bar together, wouldn’t you pay your Bar Practicing Fee immediately?