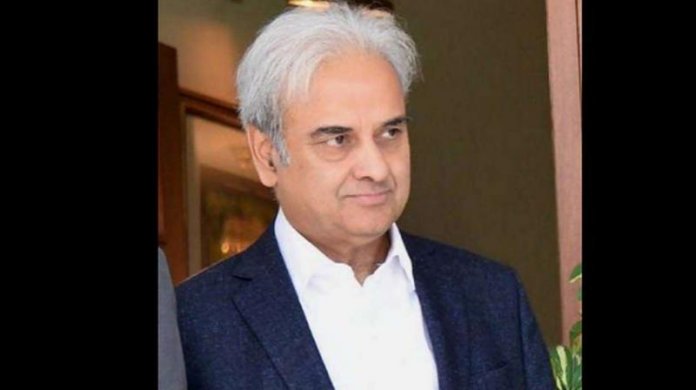 The selection of Nasir ul Mulk comes days after the country’s president announced that general elections will be held on July 25 — setting up what would only be Pakistan’s second ever democratic transfer of power.

“Today is an important day in the democratic history of Pakistan, the name was chosen after consensus was reached,” said Prime Minister Shahid Khaqan Abbasi during a press conference.

“We have chosen a person whose past is very clear.”

Opposition leader Khursheed Shah added that Mulk, who served on the top court for nearly a decade — including a stint as chief justice from July 2014 to August 2015 — had backing across the political spectrum.

Mulk famously helped pave the way for the removal of former prime minister Yousaf Raza Gilani after he was convicted for contempt in 2012 for refusing to ask Swiss authorities to reopen corruption cases against then president Asif Ali Zardari.

The appointment of the widely respected judge came as a surprise because he was not named as a potential frontrunner in recent discussions in the Pakistani press about who would take the helm as caretaker premier.

The current government’s tenure will end on May 31. Power will then be handed over to a caretaker administration after the parliament is dissolved until a new government is formed following elections.

The July polls will bring to a head political tensions that have been mounting since former prime minister Nawaz Sharif was ousted by the Supreme Court on corruption charges last July and later barred from politics for life.

Sharif was the 15th prime minister in Pakistan’s seven-decade history to be ousted before finishing a full term.

The country witnessed its first democratic transfer of power following polls in 2013, which Sharif’s Pakistan Muslim League-Nawaz (PML-N) won in a landslide.

The upcoming elections are expected to pit the PML-N against its main rival, the Pakistan Tehreek-e-Insaf party led by former cricket star Imran Khan.

Despite the numerous court rulings against the PML-N, the party has won a string of recent by-elections proving it will likely remain a powerful force.
AFP