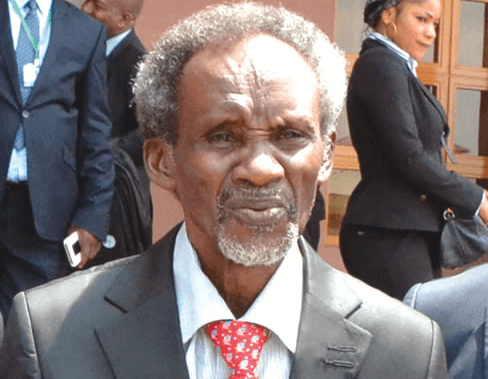 The immediate past Chief Justice of Nigeria (CJN), Justice Mahmud Mohammed has lost one of his wives and driver in an auto crash.

The wife, identified as Mrs Hadiza Mahmud Mohammed and the driver, Abdulrauf Salami died on the spot in the Accident that occurred while they were travelling along Abuja – Kaduna road on Tuesday.

A source close to the family told The Nation that other occupants of the vehicle – a Toyota Land Cruiser – including the ex-CJN’s second wife and a family member sustained injuries, but are now being attended to in a medical facility in Kaduna.

It was learnt that the late Salami had been Justice Muhammed’s driver for over 25 years now, since his appointment as a High Court judge.

The cause of the accident, the family source said, is yet to made public by relevant authorities, including the Federal Road Safety Commission (FRSC).

Some of the ex-CJN’s colleagues and other judicial officers, both serving and retired, are said to have visited his family house in Kaduna to commiserate with him and other members of his family.

The Executive Secretary of the National Judicial Council (NJC), Ahmed Gambo Saleh was said to have led some officials of the NJC, Federal Judicial Service Commission (FJSC), Supreme Court, among others on a condolence visit to the ex-CJN on Wednesday.