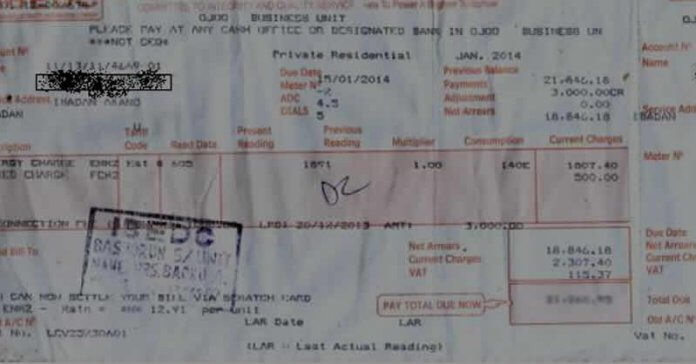 Sodiq was, on Thursday, arraigned on four counts bordering on conspiracy and fraud. He, however, pleaded not guilty.

The prosecutor, Sgt. Chinedu Njoku, told the court that the accused committed the offences in August in his apartment.

He said that the accused fraudulently connected electricity to his flat.

“When the estate authorities found out, they asked him to pay accumulated amount of N1.5m.

“He issued a GTBank cheque of N1.5m on the pretext of discharging the bills, but the cheque was dishonoured due to insufficient funds,” Njoku said.

He also said that the accused assaulted one of the estate’s residents, Mr. Monday Onate, by slapping him.

The Igbosere Magistrates’ Court in Lagos granted Sodiq a N5m bail in a case of “illegal consumption” of electricity worth N1.5m.

The court also ordered him to provide two sureties as part of the bail conditions.

The Magistrate, Mrs. Folashade Botoku, said that the sureties should be gainfully employed and show evidence of tax payment to the Lagos State Government.

ALSO READ   Justice Waziri Abali of the NIC Passess On!