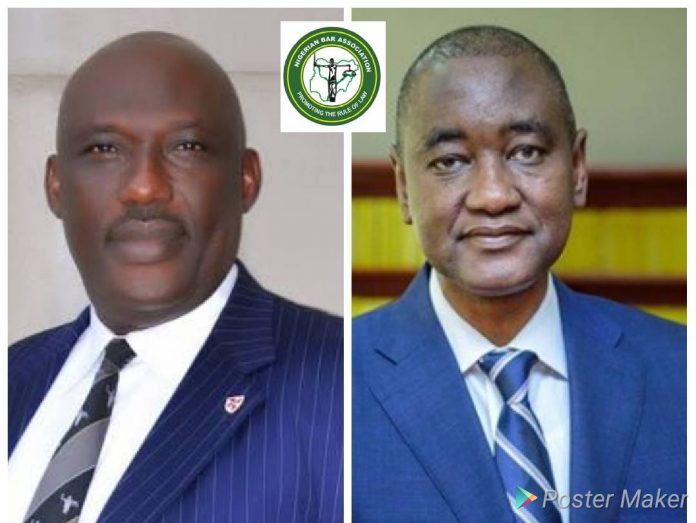 The hearing commenced with the cross examination of the plaintiff’s 5th witness, information technology expert,  Andrew Madaki, who had earlier stated on oath that the internet voting mechanism adopted by the NBA for the 2016 NBA election was different from the electronic voting provided for by the NBA constitution.

He also told the court that the internet voting system used for the election was unreliable as one vote cast returned multiple results during the demonstration exercise of the system which he witnessed.

The plaintiff, Kyari Gadzama, during examination, adopted his witness’ statement on oath and thereafter tendered a total of 19 documents which were admitted and marked as exhibits before the court.

Joe-Kyari Gadzama is challenging  the outcome of the NBA e-voting presidential election held in 2016 for allegedly being marred with irregularities.