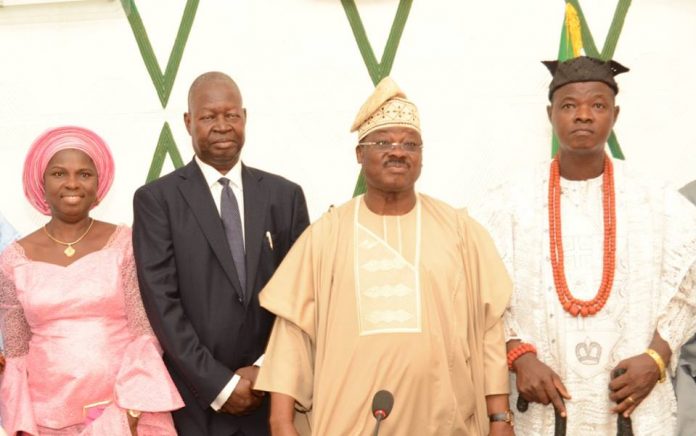 Governor Abiola Ajimobi of Oyo State on Monday swore in the pioneer President of the State Customary Court of Appeal, Justice Solomon Akinteye, with a charge on the judiciary to speed up the process of dispensing justice in order to decongest the courts.

Ajimobi while speaking at the ceremony held at the Executive Chambers of the Governor’s Office, Ibadan, also urged Akinteye to immediately generate new rules of practice and procedures towards enhancing speedy delivery of justice. 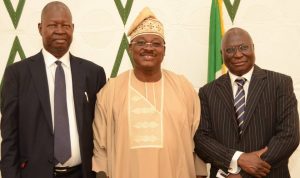 The governor described the Customary Court of Appeal as a creation of the 1999 Constitution (as amended), making it a superior court of record.

He also quoted Section 3 of the Customary Court of Appeal Law, 2008, as stating that the court shall be a superior court of record to which appeals from customary courts shall lie in civil proceedings.

Ajimobi said “With the establishment and full operation of this court, it is envisaged that the regular courts will be decongested with matters whose jurisdiction is covered by the relevant customary courts.

“Customary law, in its modern day application, will complement our existing laws in appropriate cases.

“The court, whose President is being sworn in today, will serve as the major vehicle to blend our appropriate customary laws and practices with constitutional validity. I urge you to immediately generate new rules of practice and procedures for speedy delivery of justice”.

Ajimobi expressed the hope that the giant stride which he said his administration had attained would also streamline the adjudicating process in the customary courts.

He called on the leadership of the state’s judiciary to set new rules of practice and procedure for the Customary Court of Appeal, its judges and the registry to enhance effectiveness and efficiency in the judicial process.

Diary of a Lagos Rookie Lawyer (8): The Magic word “Compliment”