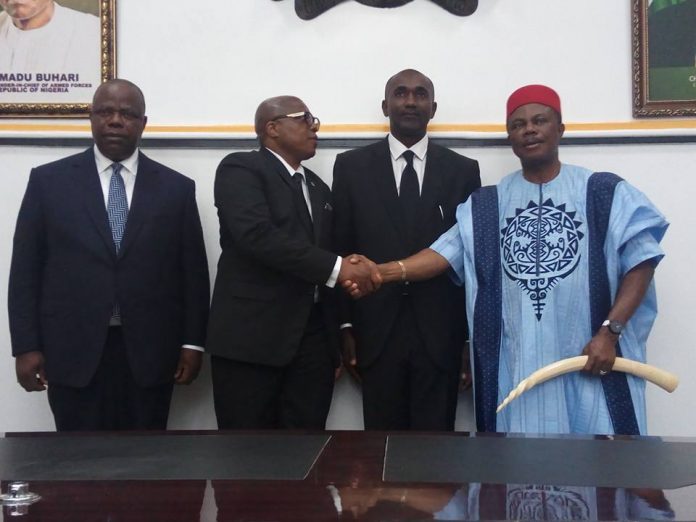 The Anambra State Governor, Willie Obiano, has appealed to the High Court Judges and Judges of the Customary Court of Appeal, to assist in ensuring speedy dispensation of justice in cases being brought before them in the state.

The governor stated this during the swearing in of two Justices, Emeka Nri Ezedi and Obiorah Nwabunike, of the High Court, at the Exco Chambers ofthe State Government House in Awka.

Addressing the newly appointed judges, the governor stated that the appointment would help to further re-position the state judiciary to effectively address the problem of delayed dispensation of justice.

He lamented fear that over 75 percent of our prisons are occupied by people awaiting trial.

He therefore assured of the state government working out measures with the police to expedite action in the preparation of case documents, to enable the courts to have clear evidences that will support prompt dispatch off cases before them.

The new Judges of the High Court brings to 10, the total number of Judges that have been appointed under the Obiano administration from his first tenure.

Buhari Confirms Justice Kafarati as Chief Judge of the FHC