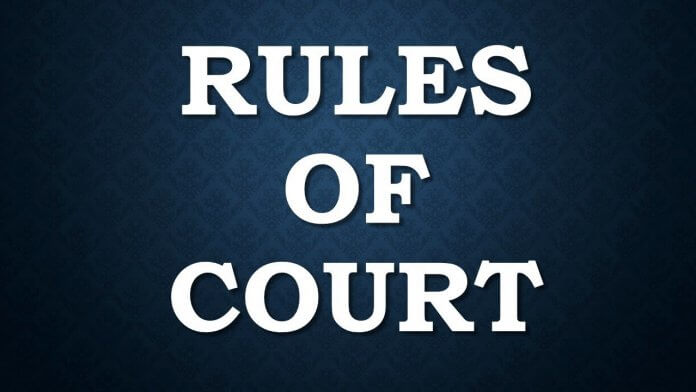 On the 1st of November 2018, new procedural rules will become effective in all tiers of courts in Edo State, namely: Customary Courts, Magistrates Courts and the High Court. It goes without saying therefore that the current rules of the Courts will cease to be effective. Specifically for the High Court, which is our focus here, the Edo State High Court (Civil Procedure) Rules 2012, will abate and become otiose.

So, what are the big issues or highlights of the 2018 High Court of Edo State (Civil Procedure) Rules? There are legion, but let us examine a few:

1. TRANSFER OF SUITS TO MAGISTRATES COURTS:

2. POWER TO TRANSFER SUITS WHERE HIGH COURT HAS NO JURISDICTION:

It is submitted that this power is akin to the power granted to Federal High Courts by section 22 of the Federal High Court Act to transfer matters to competent courts where jurisdiction is lacking, instead of striking out the said suit.

Henceforth, suits and other interlocutory applications may be filed and served by electronic means. However, practice directions to guide this will be issued by the Learned Chief Judge of Edo State.

Further, Order 7, Rule 11 (e) at page 17 of the Rules, provides for substituted service by email or other scientific device now known or to be known later. Service be email will also be ordered where such service by email is contemplated by parties written agreement or subsequently agreed by counsel in the course of proceedings. Proof of service by email shall be evidenced by an affidavit with a printout of an email notifier attached thereto. (Order 7, Rule 13).

That is not all. Advance copies of processes, other than originating summons, may also be served by email from counsel to counsel. Then, the Court itself may also serve hearing notices via e-mail and/or SMS. (Order 7, Rules 16 and 17).

Not all suits will make it before a trial judge for litigation in the first instance. By the 2018 Rules, the registry of the High Court shall, after accepting all suits for filing, screen them for ADR and thereafter refer them to the Edo State Multi-Door Court House or other appropriate ADR institutions or Practitioners for resolution.

Further, an entire order (Order 26) is dedicated to ADR procedure, commencing from the obligation of Judges to encourage settlement of matters by ADR (Rule 1), Cases being referred to ADR by consent of parties for settlement within 30 days, (Rule 2), Directives which the trial Judge can give in cases referred for ADR and sanctions for noncompliance with directives, including dismissing the claim of the Claimant or entering Judgment against the Defendant (Rule 3).

There are much more, but let us examine another interesting innovation.

Prior to embarking on litigation, all lawyers are now required to counsel potential litigants as to the relative strengths and weaknesses of their case. Then, along with the originating processes, lawyers will be required to prepare, sign and file a formal certificate showing that the parties have been appropriately advised on the above.

Where a case turns out to be frivolous, the lawyer shall pay the costs of the proceedings. (See Order 3, Rule 17).

6. SETTING ASIDE JUDGMENT ENTERED IN DEFAULT OF APPEARANCE:

By Order 10, Rule 11, any judgment entered in default of Defendant’s appearance may be set aside or varied upon application made within a reasonable time, showing evidence of payment of penalty, a good defence to the claim and a reasonable cause for default.

7. DEATH DOES NOT ABATE SUITS ANYMORE

By order 13, Rule 31, provides that “no proceedings shall abate by reason of death or bankruptcy of any of the parties, if the cause of action survives and shall not become defective by the assignment, creation or devolution of any estate or title pendente lite, and, whether the cause of action survives or not, there shall be no abatement by reason of the death of either party between the finding on issues of fact and judgment, but the judgment may in such case be entered notwithstanding the death”.

To lawyers, this provision requires no adumbration as it is self-explanatory. But for non-lawyers, the provision solves the problem of what to do when a party to a suit dies. Under the old rules, the litigants would have to scout and adopt all manner of subterfuge to unravel the survivors of the deceased party and thereafter apply to join them to the case. This wastes time.

Happily, the new rules does not require this exertion of time and resources. So, whether a party lives or dies, as long as the cause of action survives the deceased, then the case will continue to judgment. A salutary innovation, if you ask my opinion.

(Dele Igbinedion Esq. is a Lawyer and Author of “A Guide to Successful Human Rights LitigationVol. 1.” For comments or enquiries, Telephone or WhatsApp +234(0)8059863558)

[Download] A’ Court Judgment Quashing the Charges against Justice Nganjiwa