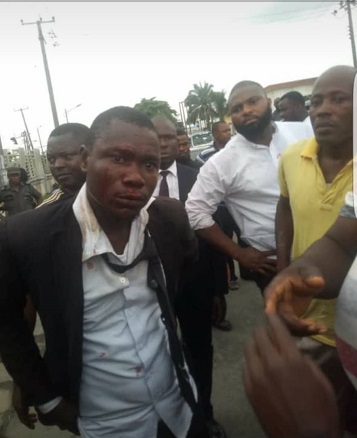 The following account was contained in a press release by the Chairman of the Nigerian Bar Association (NBA) Port Harcourt Branch Sylvester N. Adaka, Esq

The Branch has always advocated for amicable ways of settling disputes especially where members of the Nigeria Police Force and Lawyers are concerned and we totally condemn the use of brute force as was witnessed yesterday by members of the Force.

We condemn without reservation, the unnecessary use of force against any of our members and in general any citizen of Nigeria.

The NBA has an efficient dispute resolution mechanism; and we enjoin the Nigeria Police Force and other security agencies to avail themselves of that mechanism to forestall unnecessary break down of law and order between members of the Force and Lawyers.