Home News I was only an Instrument used by God to Break Hijab Barrier... 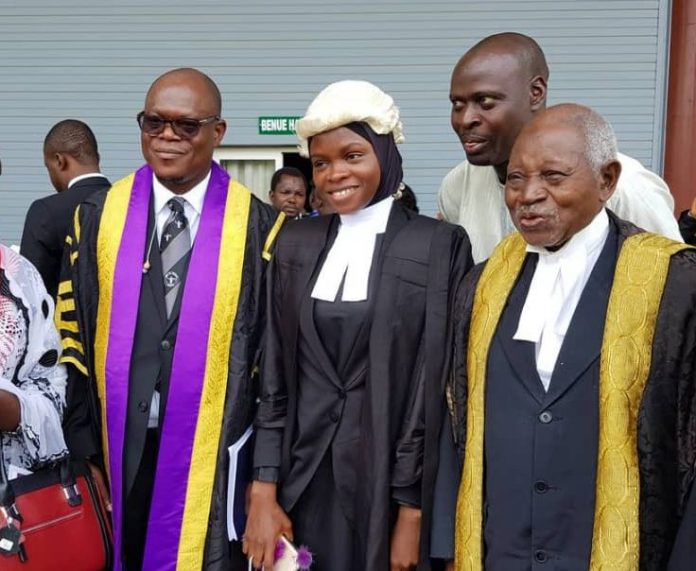 Amasa Firdaus, the law graduate at the centre of the hijab controversy, says she was used as an instrument by God to break the Hijab Barrier among lawyers.

The University of Ilorin graduate was in December denied access to the call to bar ceremony which took place at the International Conference Centre, Abuja, for refusing to remove her hijab.

She had insisted that wearing the hijab does not contradict the dress code set by the law school, while describing the action as “a violation of her rights”.

In June, the body of benchers responsible for calling law graduates to bar, approved the use of hijab, and Firdaus was called to bar on Tuesday.

Speaking to TheCable on how she felt to have paved way for the use of the hijab during the ceremony, Firdaus said “I don’t feel any special”.

“I feel grateful to my Lord. A Muslim will always be hopeful… It was not something I did myself. A lot of people were involved. I believe it is something that Allah has personally designed, I was just used as an instrument.

“A lot of people were in hijab. I feel grateful to Allah, it is not something I did. It is what Allah did Himself. I don’t feel any special. I just believe Allah decided to use me for it.”