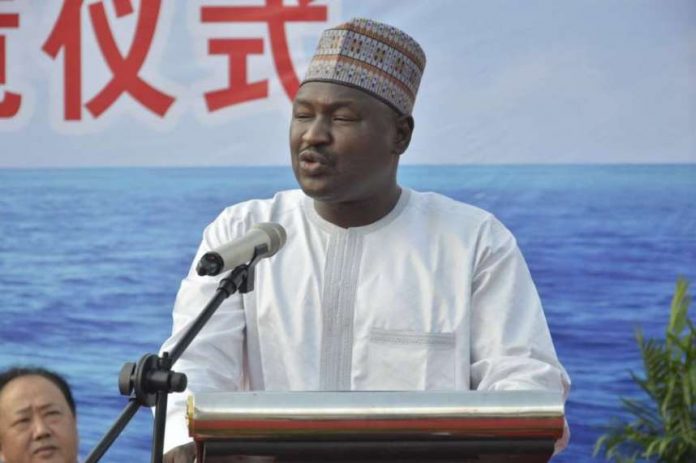 The High Court of the Federal Capital Territory, Maitama, Abuja, on Monday  cautioned the senator representing Bauchi Central Senatorial District, Isah Misau, against making further comments in the media on issues bordering on the charges for which he was being prosecuted.

The Federal Government on Monday re-arraigned the senator before the court on amended charges of spreading malicious falsehood of corruption and unethical practices against the Inspector General of Police, Mr. Ibrahim Idris, and others.

After Misau, a former police officer, pleaded not guilty to the amended charges, on Monday, the lead prosecuting counsel, Dr. Alex Izinyon (SAN), urged the court to issue “a caveat” to the defendant on the need to be “circumspect” in further making comments on the subject of the charges in the media.

“If that happens, I will come formally before this court,” Izinyon said.

But in response, Misau’s lawyer, Mr. Paul Erokoro (SAN), said his client had not and would not make such comments.

“But we must also remember that the defendant is a senator,” Erokoro added.

The trial judge, who is also the Chief Judge of the FCT High Court, Justice Ishaq Bello, urged the defence lawyer to advise his client.

The Chief Judge said, “It’s your duty to wisely advise your client as rightly noted by the prosecution.

“We know what the law says concerning comments as a senator.”

After Misau pleaded not guilty to the amended seven counts on Monday, the prosecution informed the court that, to prove the charges against Misau, they had applied for a subpoena to be issued on Channels Television for the production of the video clips where the senator had allegedly made malicious claims against the IGP and others.

I’ve Spent Over Three Years in Custody Without Trial – Accused...