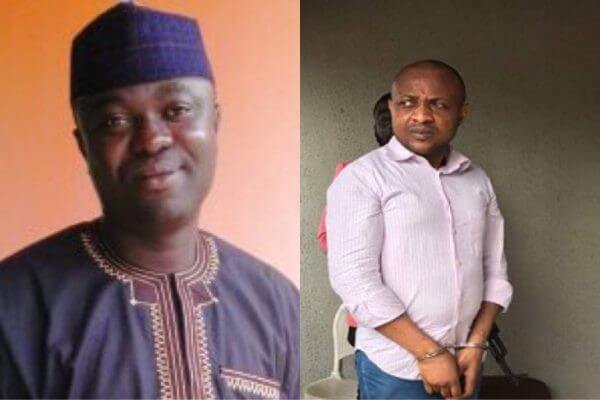 Mr. Magi Peremobowei Lawrence is fed up with all the bickering about Evans the alleged Kidnapper and his right to have a defence lawyer. He is also miffed by the fact that many think his lawyer has committed an offence by taking up his case. Read his rant:

To my consternation, though much should not be perturbed about as to that, because I can vividly understand the distinct fact that such comments are borne out of illiteracy as to the letter and spirit of the law.

To this end, I am not with a conceited manner but enthused to make it clear that the notorious/embattled Evans is under the law presumed innocent until the contrary is proven as contained in section 36(5)of the constitution of Federal Republic of Nigeria, 1999 as amended.

More so, the same constitution (the grundnorm) in its unambiguous and clear provisions under section 36 (6)(c) guarantees legal representation as a constitutional right to every accused person, which cannot be taken away from or be treated with disdainful eyes.

Noncompliance with the above constitutional provisions would certainly render the entire trial a nullity and will be quashed on appeal.

It is an height of intelligence bankruptcy for any one to have hurled insults at a lawyer who is obligated under the law to accept any brief in the the Court to speak out in defense for justice.

Suffice it to say that Evans is entitled to the defense, even battery of lawyers can do so if he likes.

ALSO READ   A Clarion Call to NWLR To Go Online

Judicial Financial Autonomy: A Way Forward for the Administration of Justice in Nigeria (2)

The Power of the Governor of CBN to Remove Bank Directors: Between Fiction and Legality

CBN’s Approach on Cashless Policy; An Albatross to the Growth of...