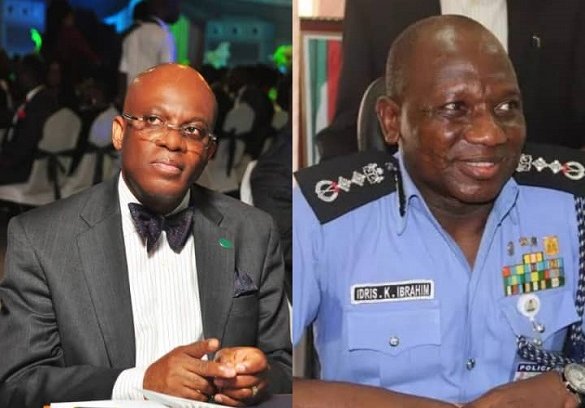 The President of the Nigerian Bar Association Mr. Paul Usoro may be meeting the Inspector General of Police (IGP) this week to ‘put a final stop’ to the incessant harassment and brutality of lawyers by men of the Nigerian Police.

The National Publicity Secretary of NBA Mr. Kunle Edun revealed this in a press statement issued to address yet another assault on a lawyer in Ilorin by policemen.

According to Mr. Edun, “the Nigerian Bar Association was, today, confronted with the assault of our colleague, a member of the NBA Ilorin Branch.”

“Information reaching the NBA President, Paul Usoro, SAN,  confirmed that it was a Police officer from the Police Training school in Ilorin that threw caution and decency to the wind.”

“Immediately the incident happened, the NBA President, reached out to the Ilorin Branch Chairman, Mr. Adieu Akande. The office of the Inspector General of Police was also contacted by the NBA President. The cheering news is that the officer involved is presently in Police detention on the instruction of the Commissioner of Police, Kwara State while investigation into this ill is ongoing.”

“The NBA President assures members that the NBA will ensure that this particular case is followed up to a logical conclusion and the offender prosecuted.  Similar assurances have also been given by the Police authorities.”

“The NBA President wishes to inform members that an appointment is being firmed up with the Inspector General of Police and the meeting between the NBA President and the IGP may hold within the week. It is expected that the proposed meeting will highlight on the increasing police harassment of lawyers and the need to put a final stop to it.”

It has become common for the Police to intimidate, assault and sometimes chase lawyers who have legitimate business out of the police station. Many lawyers have refused to represent clients who have cases with the police for fear of being harassed by the police. The need to put an end to this ugly trend cannot then be over emphasized. It is hoped that this proposed meeting would bring about the needed synergy between the police and lawyers who should be partners in the enforcement of laws.