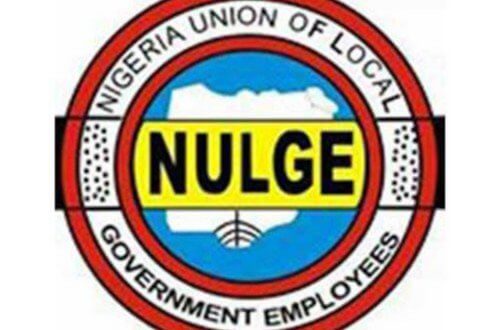 The suit was commenced by way originating summons on 17/11/2017. The reliefs sought by the claimants against the defendants among others are;

A DECLARATION that Rule 5 (ix) which puts the power of interpretation of the constitution on the National Executive Council of the 3rd Defendant is inconsistent with the power of the Courts to interpret Rules, laws and regulation brought before it for the purpose under the Constitution of the Federal Republic of Nigeria 1999 as amended and as such is void. A

DECLARATION of the Honourable Court that the Claimants purportedly suspended are entitled to their allowances and other benefits accruing to them within the period and till the expiration of their tenure of office in line with her constitution not having been expelled and the suspension being wrongful.

ALSO READ   We are being misunderstood - NBA

AN ORDER of Court dissolving the Caretaker Committee and reinstating the Claimants back to their various executive offices to discharge their functions until the expiration of their tenure of office in line with her constitution.

Counsel to the defendants argued that the claimants, who were suspended for financial embezzlement and failure to remit check-off dues, had not shown by their affidavit that they have been unjustly treated or suffered absence of fair hearing.

Counsel later submitted that the claimants having been found guilty by the six-man panel, the NEC exercised their power of suspension under Rule 35(vi) of the CNULGE 2016 to suspend them.

In reply to the allegations of fraud as the basis of suspending the claimants, counsel submitted that, the suspension and dissolution, which was don subjudice, do not conform to the extant CNULGE 2005 and even the purported CNULGE 2016; and that, the suspension equally infringed the principles of natural justice since the claimants were not afforded the opportunity of being heard nor any query or audit report rendered before the defendants proceeded to condemn them.

After reviewing the argument of the parties, the Court Presided by Hon. Justice O. O. Arowosegbe expressed thus;

…my first duty is to investigate and make a decision on which of the two constitutions being touted by the opposing parties is to be relied on in this case. The claimants tout CNULGE 2005, while on the other hand, the defendants depend on CNULGE 2016, exhibited with the affidavit in support of their NPO. Both sides are agreed that the bedrock of the contract between the parties is the Constitution of the NULGE, but they are in sharp disagreement on which is the Constitution to use in arriving at a just decision in this case.

In essence, there is no dispute on the depositions contained in paragraphs 10-13 of the affidavit in support of the originating summons. The only dispute is with regard to whether the CNULGE 2005 is still the current Constitution of the union. So, it is settled that the CNULGE 2005 was valid as at the time the election, which ushered in the claimants, were conducted till the time they assumed their offices and till the time of elongation of their tenure in Akure as at 13th October 2016.

The issue of whether the CNULGE 2016 is in existence is one of hot dispute between the parties. It behooves the party who relied on it to establish the circumstances of its coming into operation and when exactly it came into operation. Failing in this respect, the Court would have no option other than to hold that it is a cooked up document that only exits in the fabrication of the defendants.

By the provision of TUA quoted above, it is certain that the Constitution of the NULGE is a quasi-statutory enactment or enjoys statutory flavour, as it must receive the blessing of the Registrar of Trade Unions to become effective. The question arises, when, within the very short period of 13thOctober 2016 to 31st December 2016, was the CNULGE 2005 repealed and the CNULGE 2016 substituted?

It is thus clear that the contract between the parties to this suit continues to be governed by CNULGE 2005; and I so hold. It follows that all things purportedly done pursuant to CNULGE 2016 must fail; as you cannot put something on nothing and expect it to stand: it must fall. I hold therefore that, all the actions of the defendants based on the CNULGE 2016 fails, except if justifiable under CNULGE 2005. I now move to issue 2.

As to relief 5, it is also a corollary to relief 2. If the suspension is declared illegal, null and void, it follows that the claimants, who in the eye of the law remain in office, must be entitled to all their allowances and bonuses.