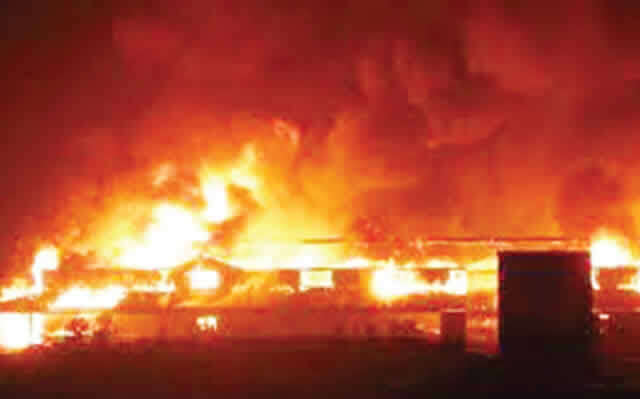 There was confusion at the magistrate court in Orlu, Imo state, as over fifteen youths set the building on fire.

It was gathered that the fire destroyed documents in the court before it could be put out.

According to him, the cause of the arson had not yet been ascertained as investigations are ongoing.

He denied claims that the action was connected to the recent arrest of more than 100 members of the women wing of the Indigenous People of Biafra (IPOB).

The IPOB women, who were embarking on a peaceful protest were teargassed, arrested and subsequently charged for treasonable felony.

Speaking with one of the Staff of the High Court who pledged anonymity, the fellow revealed to me that the Gun men overpowered the security men in the High Court, broke into the two afore-stated Courts and deliberately brought out their Files and Record Books and burnt them to ashes.

The archives of the High Court 1 in one of those Courts (since My Lord, Hon Justice Azuama used to sit their) got affected too.

This sad event underscores the importance of serious security in our Courts.

Recall that sometime last year, men of underworld gained entrance into High Court Owerri premises in the broad day light and terrorised everyone and made away with a notorious Kidnapper who was brought to Court to take his trials.