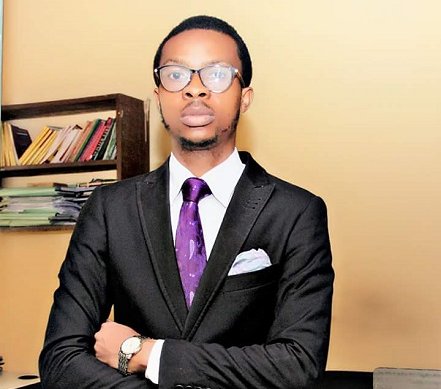 I write this paper to express my concerns on the gradual demise and possible extinction of the relevance of the legal profession in the emerging Nigerian society.

The year 2018 has been negatively significant so far, in some sort, to the legal profession, especially for young lawyers. The deliberate and inadvertent removal and permitted infiltration of non-lawyers into some areas of practice is what has poked my thinking cap to attempt this cursory review of some disquieting facts.

On the 23rd of April, 2018 the Chief Judge of Lagos State, commissioned the small claims court in Magistrate Courts in Lagos State, for the recovery of claims not exceeding the sum of N5, 000, 000 (Five Million Naira). To that effect, 15 magistrate courts were designated Small Claims Court with the Magistrates specially trained. The process encourages self-representation, which invariably means, lawyers are denied the opportunity to offer legal representation.

Now, while this innovation is laudable to the general populace, from the perspective of a lawyer, especially a young lawyer, who may not yet be opportune to handle briefs above N5, 000, 000 (five million naira), this wonderful  innovation takes away an aspect of his source of income.

On the 16th of April, 2018,  Union Bank of Nigeria announced its move to offer Advisory services, Alternative Dispute resolution and other known legal services to the Nigerian populace. Had it not been for the uproar from concerned Legal Practitioners and the Nigeria Bar Association (NBA), the attempt might have succeeded. I do have my reservations that the actual and only intent of the Bank was to support small and medium scale enterprise. This would have been another take-away from the legal profession.

One is however, left to wonder about other corporate organizations that may be rendering these services unnoticed and unchallenged and possible ways to curb such practice.

A learned friend Lotanna Attoh, Esq. in his article ‘Roadside Lawyers and The Galaffidavit Equation’ also expressed his fear on how roadside merchants have also undertaken some roles meant for lawyers, i.e. preparing affidavits for all purposes for individuals in need of same, for a price.

And whether we like it or not, this is also a huge take from the pocket of legal practitioners, because even a reasonable percentage of the populace prefer to go to these ‘roadside lawyers’ to get these documents than to follow the right source.

I also find it disturbing that these merchants are harbored in the Court premises or its surroundings. Lawyers who file processes at the various Court Registries would be conversant with this. The Registries are usually very congested with the activities of these merchants.

I believe that the very act of harboring them in, and around the court premises is a validation of their activities by the court and the legal profession at large.

This therefore begs the question; can lawyers still survive on legal practice alone, with corporate organizations and private merchants delving into practice of law however direct or indirect?

Two weeks ago, I was literally chased out of PCB Section, Zone 2, Onikan Police station, all because I had insisted that it was wrong to have the statement of my client taken without legal counsel while I was present.

Now, I would have reacted differently if I as counsel, was not available at the time of taking the statement of my client, in which situation the police can then obtain the statement under caution and with video recording as provided for by the ACJA. But it definitely did not sit well with me when they asked me to leave the room to enable them obtain a statement from my client, stating that ‘he is not a small boy, he knows what to say’.

At the risk of having a rain down of punches on my face, I voiced out. This resulted to my being escorted out of the PCB section by not less than 5 police men. I had to run for my dear life, so I can live to fight another day.

Recently, two lawyers,  David Amaefula and Pius Udo-Inyang of the law firm of Messrs. Rickey Tarfa & Co were detained and charged to court by the police while trying to secure the bail of their client, Senator Dino Melaye. It makes one wonder if the right to legal counsel and representation as provided in the Constitution of the Federal Republic of Nigeria 1999(as amended) has suddenly vanished or been abolished.

Do I have to discuss the recent attempt of the police to arrest Mr. Adesina Ogunlana, Chairman of NBA, Ikeja Branch for championing a peaceful protest targeted at showing the displeasure of Lagosians on the increment in the Land Use Charge, introduced by the Governor, Mr. Akinwumi Ambode? I think not. This attitude of the police in effect, seeks to undermine the relevance of the legal profession.

ALSO READ   The Legal Practitioners Act 1975 is Over Due for Amendment, Perhaps Overhauling

I have to ask;

Is Nigeria tired of her lawyers?

How can one likely practice Criminal litigation without fear of being molested when the police has no regards whatsoever for lawyers?

What exactly is a lawyer worth these days?

Of what relevance is the Legal profession, especially the Bar, to the emerging Nigerian society?

Even in mediation centers, lawyers are treated like the enemy. Lawyers are generally not allowed entrance into mediation rooms. If the mediator is inclined to grant you audience, you are reprimanded and quickly reminded that ‘this is not a law court, we don’t talk law here’.

Are lawyers now the enemy?

The Bench is also not left out in this, severally, more times than I can count, Court orders have been flouted with absolute disregard to the laid down procedures of the judiciary and the tenets of the rule of law with no recourse or penance on offenders.

Am I then right in my fears of the possible extinction of the relevance of the legal profession in the nearest future? Or am I just being paranoid?

I believe someday not far away, we will have to address these questions with rewarding solutions or face public disrepute and possible extinction.

Until then, I remain; A concerned Legal Practitioner,

The Right of Dual Citizens to Hold Political Offices in Nigeria:...