Home Columns Bar and Bench Judges Must Appreciate how Section 84 of the Evidence Act is Applied... 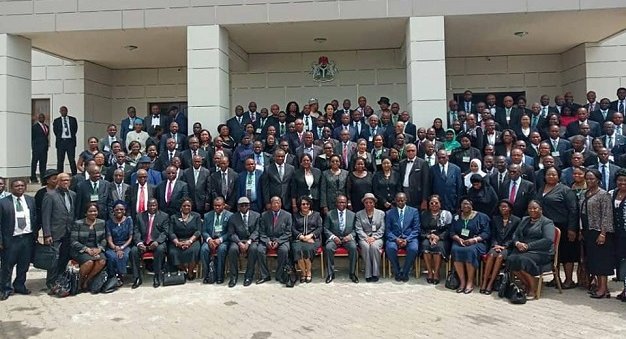 The Chief Justice of Nigeria, CJN, Justice Walter Onnoghen, on Monday, stressed the need for Judges to appreciate how section 84 of the Evidence Act is Applied in court.

The CJN, was speaking at the opening ceremony of a one-day symposium for Justices, Judges and Jurists in Abuja. The CJN stressed that “extreme circumspection and acute vigilance must be the key words for courts in this area of evidence”.

He maintained that digitally generated evidence must be subjected to the test of admissibility and compliance under section 84 of the Evidence Act, 2011.

“My Lords, you will all agree with me that whenever digitally generated evidence is sought to be tendered in your courts, the opposing counsel would quickly object to the admissibility of such evidence on the ground of non-compliance with the provision of Section 84 of the Evidence Act, 2011.”

“It suffices to say therefore that for electronically generated evidence to be admissible, evidence as to the functionality of the computer must first be adduced.

“This section of the law has hitherto been given diverse interpretation by various courts. This has contributed to the delay in dispensing with cases which borders on this section.

“Notwithstanding the laudable provision of the law therefore, extreme circumspection and acute vigilance must be the key words for courts in this area of evidence. It is very important to emphasize, that Judges at all levels must appreciate how this section of the Evidence Act is applied.”

“I therefore urge you all not to be in a haste to deliver rulings or judgments when issues pertaining to the non-compliance of Section 84 are raised”.

Justice Onnoghen described the symposium which was organised by the National Judicial Institute, NJI, as the first of its kind, saying “our nascent democracy has to be nurtured, consolidated and developed”.

He said: “The entrenchment of the Rule of Law which is the corner stone of any democratic system will only translate to a mere mantra unless the Judiciary not only dispenses justice, but is also seen by the citizenry to be doing so fairly, timely and justly.”

“A weak Judiciary is a recipe for anarchy, impunity, poverty, underdevelopment and instability. “Also, the several provisions of our Constitution has in succession come before your Lordships, for interpretation and enforcement in conformity with the arduous task imposed on the courts by the Constitution. “

“The Courts are at all times prepared to perform this role expeditiously and with minimum costs to the litigants. This process, amongst others can rapidly enhance the true comprehension of our Constitutional provisions as a step towards the identification of the grey areas requiring future amendments, modifications, alterations, and/or even complete deletions.

“The advent of technological development and the consequent evolution of paperless transactions have permeated every sphere of life, and the legal system is no exception.”

“In the event of disputes involving transactions conducted through electronic means, parties are bound to rely on electronic evidence of such transactions.”

“The amendment of the Evidence Act, 2011 was intended to provide for the use of such electronic evidence in court proceedings.”

“Prior to this amendment, the admissibility of electronic evidence in court proceedings had been shrouded in controversy due to the absence of specific provisions in the previous Act.

“In light of the foregoing, this Symposium shall serve to shed light on the gray areas of the Evidence Act, 2011 with particular regard to Section 84 of the Act.”

“I must state categorically however, that this Symposium could not have come at a better time as we gradually approach an election year, bearing in mind that you will be taken to task to evaluate electronically generated evidence arising from Election Petitions”.

In her welcome address, the Administrator of the NJI, Justice R.P.I. Bozimo, noted that section 84 of the Evidence Act provided modalities by which electronically generated evidence must be certified and tendered in court.

“My lords, as ministers in the temple of justice, you should always demonstrate adequate knowledge and sound judgment in dealing with evidence brought before you in any form.

“It is necessary to note that while the use of computers for daily tasks provides ease, safety and other positive outcomes, it may also be subjected to misuse”, she added.