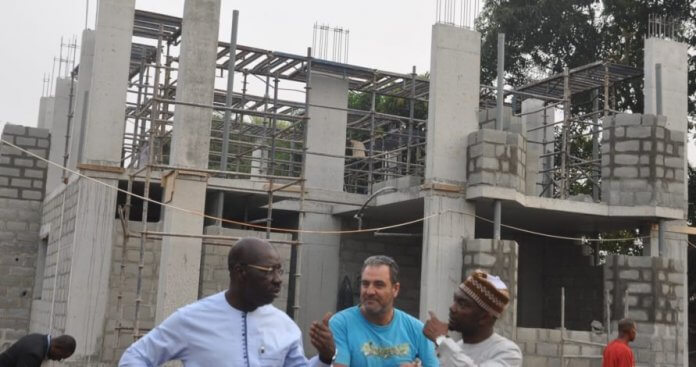 Edo State Governor, Mr. Godwin Obaseki, has assured that the ongoing construction of judges’ quarters in Benin City, by the state government, is part of plans to re position the state as the judicial hub in the South-South region.

The governor, who said this while inspecting the houses,  explained that the project is in line with his administration’s promise to build decent and comfortable houses for judges in the state.

He said that the first five units will be delivered before April 2019, noting that once they are completed, the state will start work on a 20-unit estate for judges by next year, which will be constructed around the Government Reservation Area (GRA).

Obaseki said his administration has employed over 4,000 youths who are engaged at the various roads, building construction and other infrastructure sites across the state.

He noted that the state is gradually fulfilling its electioneering promise to create 200,000 jobs for Edo people and residents.

Obaseki was accompanied on the inspection tour by his Chief of Staff, Chief Taiwo Akerele, and other top government officials.