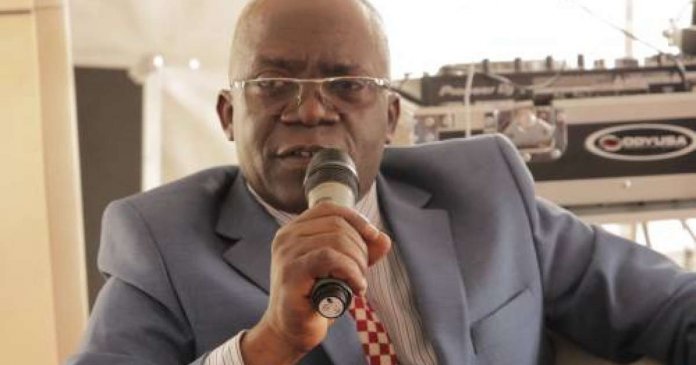 In a statement, Falana said declaring June 12 as Democracy Day “validated the integrity of the fair and free election that was criminally annulled by the Ibrahim Babangida junta”.

The human rights lawyer called on the government to adopt Abiola’s welfare programme to tackle poverty.

“The Muhammadu Buhari administration made history today by conferring the post humous national award of Grand Commander of the Federal Republic (GCFR)  on Chief M. K. O. Abiola, the acclaimed of the June 12, 1993 presidential election for his huge contribution to the restoration of democratic rule in Nigeria,” the statement read.

“By declaring June 12 Democracy Day the federal government has officially validated the integrity of the fair and free election that was criminally annulled by the Ibrahim Babangida junta.

“By recognizing June 12 as Democracy Day the federal government has put an end to the hypocrisy of May 29 which was proclaimed by the Olusegun Obasanjo regime.  By confering the post humous award of national award of Grand Commander of the Order of Niger (GCON) on Chief Gani Fawehinmi SAN the federal government has officially endorsed his enormous contributions to the titanic battle against military dictatorship and promotion of human rights in Nigeria.

“In addition to the historic gesture the federal government should proceed to adopt chief Abiola’s programme of welfare to poverty and respect the human rights of all Nigerians which Chief Gani Fawehinmi SAN championed and defended in his life time.

“In particular, the federal government should mark the first national democracy day on June 12, 2018 with the release of all citizens  who are being detained illegally all over the country and immediate compliance with all valid and subsisting court orders.”

The lawyer called on the government to equally honour Kudirat Abiola who was assassinated while defending her husband’s mandate.

Nigeria’s President, Muhammadu Buhari on Wednesday announced that Democracy Day will henceforth be celebrated on June 12 of each year.

The president said after due consultations, the Federal Government has decided that henceforth, June 12 would be celebrated as Democracy Day.

A statement signed by the president said for 18 years, Nigerians had been celebrating May 29 as Democracy Day, saying that was the date when for the second time in Nigeria’s history, an elected administration took over from a military government, adding that the first time was October 21, 1979.

“But in the view of Nigerians, as shared by this administration, June 12th, 1993, was far more symbolic of democracy in the Nigerian context than May 29th or even the October 1st.

“June 12th, 1993 was the day when Nigerians in millions expressed their democratic will in what was undisputedly the freest, fairest and most peaceful elections since our independence. The fact that the outcome of that election was not upheld by the then military government does not distract from the democratic credentials of that process.

“Accordingly, after due consultations, the Federal Government has decided that henceforth, June 12th will be celebrated as Democracy Day. Therefore, government has decided to award posthumously the highest honour of the land, GCFR, to late Chief MKO Abiola, the presumed winner of the June 12th, 1993 cancelled elections.

“His running mate as Vice President, Ambassador Babagana Kingibe, is also to be invested with a GCON. Furthermore, the tireless fighter for human rights and the actualisation of the June 12th elections and indeed for democracy in general, the late Chief Gani Fawehinmi, SAN, is to be awarded posthumously a GCON,” he said.

Buhari added that the commemoration and investiture would take place on Tuesday, June 12, 2018, a date which in future years would replace May 29th as a national public holiday in celebration of Nigeria Democracy Day.