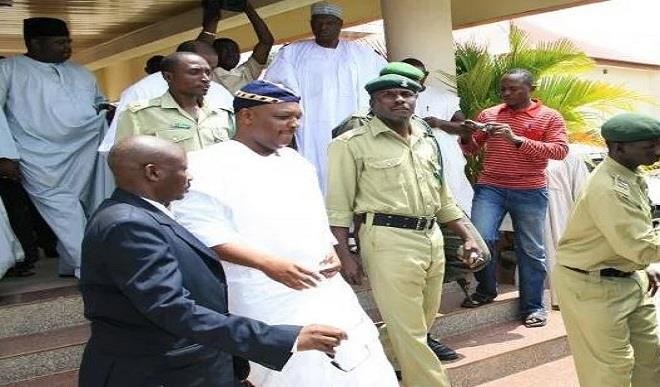 The Federal Capital Territory High Court has sentenced a former governor of Taraba State, Mr Jolly Nyame, to 14 years in prison without an option of fine.

The court convicted Mr Nyame of criminal breach of trust in a case of N1.64billion fraud preferred against him by the Economic and Financial Crimes Commission (EFCC).

Nyame, who was Taraba State governor between 1999 and 2007, was accused of criminally misappropriating the funds while he governed the state.

Delivering a judgement that lasted more than four hours on Wednesday, Justice Adebukola Banjoko found the former governor guilty in 27 out of 41 counts he was charged with.

The judge blamed Nyame for financial recklessness and brazen display of executive power without following due process.

According to the judegment, the former governor was jailed two years for misappropriation of government funds, seven years for receiving gratification, and five years for obtaining valuable government properties without consideration.