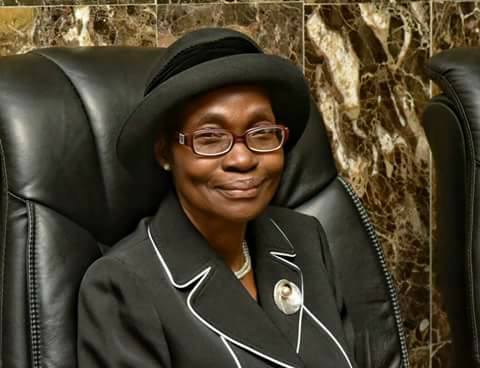 Gov. Oluwarotimi Akeredolu of Ondo State on Wednesday admonished the new Chief Judge of the state to work toward ensuring fairness, equity and total independence of the judiciary.

Akeredolu made the call in Akure while inaugurating Mrs Olanrewaju Akeredolu as the Chief Judge of the state.

According to the governor, equity always seeks to mitigate the hardship presented by strict observance of the law, while the law hangs on a delicate balance supported and sustained by equity.

The governor further said modern democratic governance is predicated on the tripod of the Executive, Legislative and Judiciary.

“The interactions between and among the three arms are a function of the law.

“A strict adherence to its precepts propels a society to a state of peaceful coexistence which, in turn, engenders prosperity,” he said.

“We have benefited from focused and exemplary leadership within a short period,’’ he said.

The governor said judicial activities under Akeredolu’s leadership “ have been anchored on equitable considerations.’’

Responding, the Chief Judge promised that the judiciary under her leadership would feature integrity, honesty, fairness and efficient dispensation of quick justice.

She solicited for the cooperation of her colleagues and staff of the Ondo State judiciary in the quest to build a strong judicial institution.

“I must thank all my colleagues and all staff of the Ondo State Judiciary for their show of understanding and support thus far.

“Going forward, I urge that the work ahead should be perceived as a common assignment. Your suggestions and initiatives will be an added advantage.

“Where corrections have to be made, advice would be deeply relished. We will ensure that nobody is left behind and every necessity will be attended to,” she said.