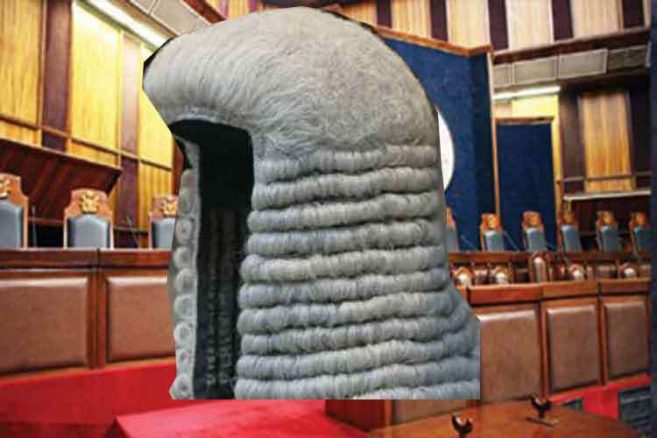 Tokode, through his suit marked FHC/ABJ/CS/1240/2017, asked the court, to among other things, set aside the NJC’s “purported recommendation” of his removal from office to President Muhammadu Buhari.

He also asked the court to nullify the NJC’s recommendation that he should refund the salaries and allowances he had received since December 2015 when he was appointed a judge.

Justice Tokode, who was appointed to the Federal High Court bench in December 2015, was accused in a petition sent by the Socio-Economic Rights and Accountability Project and Miss Abimbola Awogboro, of making false claims to the Federal Judicial Service Commission and the NJC over his eligibility for appointment as a judge.

But Tokode has, through his suit, filed on December 14, 2017, faulted the NJC’s disciplinary action against him.

In his affidavit filed in support of the suit, Tokode said the six judgments he submitted were on cases conducted by his then law firm, Segun Tokode & Co founded and registered with the Corporate Affairs Commission in 1991.

He noted that during his interviews for appointment, “no question was asked by the panel regarding the inadequacy or sufficiency of the six cases that I had submitted.”

His lawyer, O.A.R Ogunde (SAN), therefore argued in the suit that “in view of the provisions of paragraph 13 read together with paragraph 21 of Part 1 of the Third Schedule to the Constitution of the Federal Republic of Nigeria 1999 (as amended)” the NJC could not validly commence the process of removing the plaintiff from office as a judge of the Federal High Court having not received a recommendation to that effect from the FJSC.

Justice Dimgba, on Monday, adjourned the hearing of the case till February 27.