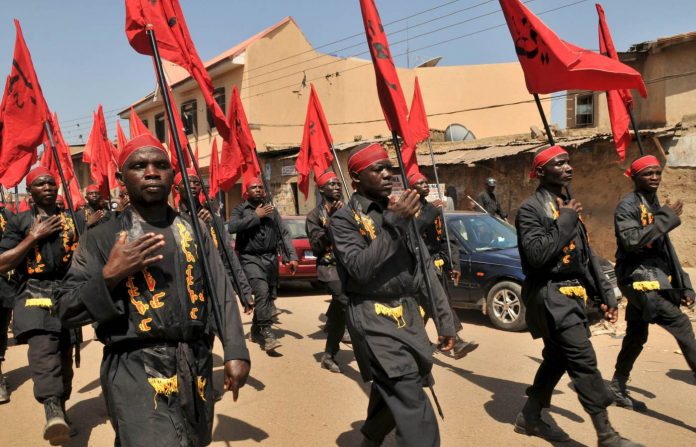 The Kaduna State High Court has freed about 100 members of the Islamic Movement in Nigeria (IMN) also known as Shiites group, that were arrested at various locations following a clash between the group and the Nigerian Army in December 2015.

Justice Shiri Nyom in his judgement discharged and acquitted the sect members of the charges levelled against them as contained in a Press Statement signed by the President Media Forum of the Islamic Movement in Nigeria, Ibrahim Musa and made available to newsmen in Kaduna.

According to the statement, “This judgement has not only vindicated the members of the Islamic movement in Nigeria, but it is certainly a victory for perseverance in the face of extreme persecution. It is a victory for truth and justice against tyranny and impunity.”

The Islamic Movement further stated, “It will be recalled that the Kaduna state government sued almost about 200 members of the Islamic Movement after an attack on the Movement by the Nigerian Army in December 2015 which led to the killing of over a thousand souls, including three sons of the Sheikh Zakzaky, his elder sister and a nephew.

“The attack was sequel to the unlawful invasion of the privacy of their residence and eventual destruction of the house completely. This has been aptly described by several human rights bodies as a massacre. To worsen these flagrant crimes against humanity, bodies of all the hundreds killed were hurriedly and secretly buried in mass graves about 100km away from the scene, apparently in a shoddy attempt at hiding the crime and its magnitude.”

The sect group reiterated its call for the release of its leader Sheikh Ibraheem Zakzaky and his wife who have equally been in the custody of the Director of State Services (DSS).

“We are all aware of the crude tactics of the Kaduna state government led by Malam Nasir el-Rufai all in his devilish plots at perpetuating the persecution against the Islamic Movement and the continued detention as well as incommunicado of Sheikh Zakzaky and his ailing wife in spite of previous court judgement ordering their immediate release from detention, thereby further flaunting his fundamental rights and rights to liberty.

“With this victory in the court today, the false charges filed against them of aiding and abetting the culpable homicide has been punctured for good. We await the response of the Kaduna state government as Sheikh Zakzaky’s case comes up in the next two days. We expect them to respect the judgement of this honourable court and the course of justice to withdraw the fake charges against him and release him with immediate effect.

“As a peaceful Movement, we have kept to our clean tradition of seeking redress through peaceful means without any resort to violence despite deliberate and persistent provocations by the government. Today, Kaduna state government has again failed in court after a fair trial. We therefore give praises to the Almighty Allah for yet another successful outing, which further proves to the world that the Movement and its leader are only victims of impunity and mischievous plots by the El-Rufai-led government,” according to the statement.

The IMN thanked all those that stood by it throughout the trial.

Reacting to the judgement in a statement, Attorney-General/Commissioner of Justice, Hajiya Umma Hikima said the state will appeal the acquittal of IMN members.

She expressed the dissatisfaction of ministry with the ruling of the Honourable Court which she described as perverse and totally lacking in merit saying, “The ruling shall be appealed immediately at the Kaduna Judicial Division of the Court.”

According to the statement, “In prosecuting the case, the State called 47 witnesses and tendered several exhibits. The prosecution believes that a compelling case was argued. Therefore, an appeal will be filed to challenge the ruling of the court.

“On 22nd March 2016, after conclusion of investigation by the Nigeria Police, the Kaduna Government through the Attorney General’s Chambers filed a five count charge of Criminal Conspiracy, Culpable Homicide, Unlawful Assembly, Disturbance of Public Peace and Wrongful Restraint under sections 97, 221, 114, 100 and 106 of the Penal Code Law of Kaduna State 1991 respectively against almost 200 members of the sect that were arrested by the Army in Zaria at the scene of crime.”

She lamented that the court delivered its ruling and, despite the quality of evidence placed before the Honourable Court, ruled in favour of the accused persons and held that the totality of the evidence led by the prosecution before the court is not sufficient to warrant the accused to be called upon to enter their defence.