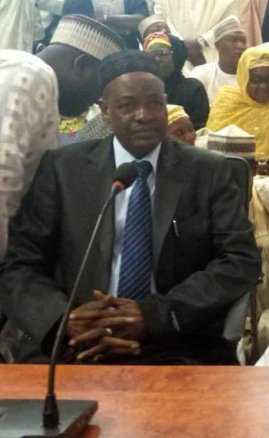 The Katsina State Government is to establish an orphans’ protection desk in the state Ministry of Justice to protect the rights of orphans, the Chief Judge, Justice Musa Danladi, says.

“The desk will serve as a complaint point for orphans that their relations seize their wealth after the demise of their parents,’’ he said in Katsina.

According to the News Agency of Nigeria, NAN, spoke during an orphans and needy endowment fund raising ceremony, organised by the Izalah Islamic Sect, Katsina Branch, on Sunday..

He said the unit would be called Orphans Care Desk for orphans and their mothers to lodge complaints against those who cheated them.

“It has come to the knowledge of the state government and the Ministry of Justice that some people have formed the habit of cheating orphans of their wealth after the death of the parents.

“The Ministry of Justice is ready to deal with such greedy relatives who had been cheating orphans in the state,” Danladi said.

In his remark, The National Chairman of Muslims Orphans protection committee, Alhaji Abdullahi Aminchi, appealed to wealthy individuals and organisations to support orphans financially through donations to the fund.

Aminchi, a former Deputy Governor of Katsina State, said that the committee spent huge sums in providing succour for orphans during Ramadan in 2017.

He said the committee had established scholarship schemes to enable orphans to further their studies after the death of their parents.

In his contribution, the Chairman of Izalah Islamic Sect in Katsina State, Sheikh Yakubu Musa, advised Muslims to be their brother’s keeper by assisting orphans and the needy.

Musa said that orphans deserved the support of well-meaning Muslims.