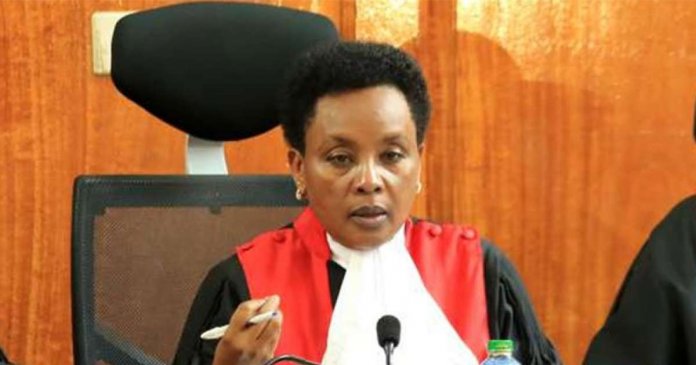 Philomena Mwilu was released on $50,000 bail until Wednesday when she will be asked to answer to the charges.

Kenya’s director of prosecutions Noordin Haji said he ordered Mwilu’s arrest and that the decision was made “independently” but many Kenyans remember that President Uhuru Kenyatta had warned of unspecified action against the judiciary when the Supreme Court nullified his election victory last year. Mwilu was among the four judges that canceled Kenyatta’s win and ordered a fresh election.

“We are an independent institution and not being directed by anyone … by any statements given out there,” Haji said.

Kenya’s Supreme Court judges faced attempts to intimidate them that were “unlawful and savage in nature,” the judiciary said last year. Mwilu’s police driver was shot and seriously wounded a day before of the Supreme Court was to rule if the second presidential election should be stopped because not enough electoral reforms had been implemented to prevent cheating. All Supreme Court judges except for the chief justice failed to show up for that judgment and the repeat poll was held on Oct. 26. Kenyatta won that election after the opposition boycotted.

When the Supreme Court cancelled his first round victory, Kenyatta called the judges “crooks” and warned of unspecified action.

Recently, Chief Justice David Maraga complained of the budget of the judiciary being reduced. The judiciary had requested for more than $300 million to fund its operations for the current financial year but it was allocated just $170 million.

A Century-Long ‘Reign of Error’ for a Supreme Court Typo