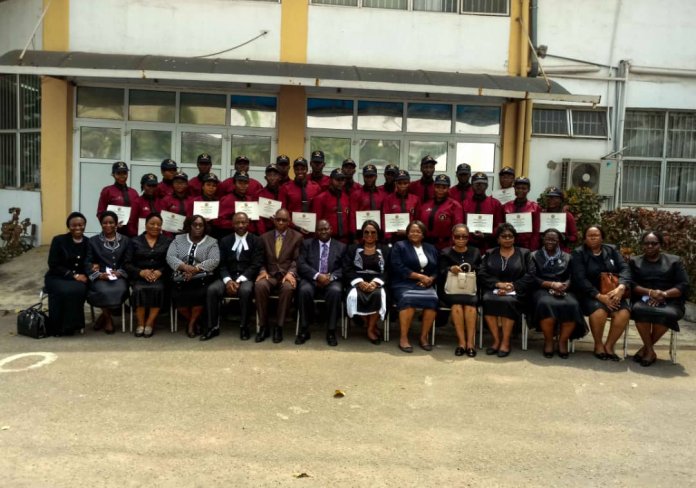 The Chief Judge of Lagos State, Honourable Justice Opeyemi Oke, today, 10th of December 2018, inaugurated 47 newly-recruited court sheriffs to quicken trials and justice delivery. Honourable Justice Oke charged them to shun corruption and be above board in the discharge of their duties.

The court sheriffs are responsible for serving court papers on litigants as well as enforcing the orders and judgments of the court. Honourable Justice Oke, at the induction, which held at the premises of the Lagos State High Court, Ikeja, noted that the sheriffs were critical to the smooth running and efficiency of the justice system.

According to her, the court could not assume jurisdiction without the proper service of the originating processes. She explained that the recruitment and training of the new court sheriffs were targeted at overhauling the old order characterized by “complaints of delays in service, failure to serve, falsification of affidavits of service, delays in reporting service, laziness, ineptitude, corruption, among other issues”.
The Chief Judge said the recruitment was part of her administration’s “wide range of far-reaching innovations” to address some of the lapses in the justice system.

“You are a new breed. You represent a new dispensation in the Sheriff Corps, and by the Grace of the Almighty God, you have come in at this time to breathe new life and, by God’s grace, to change the old order. “You cannot afford to blend with the system. You are expected to stand out, you are expected to stand for what is right at all times. “Shun all forms of corruption and take your jobs seriously,” the CJ told the new recruits.

She disclosed that a number of the old sheriffs had been dismissed for unethical conducts. At the ceremony, the 47 new sheriffs were presented with certificates, marking their completion of a three-week induction course, which they reportedly took at the Lagos State Judiciary Training School.