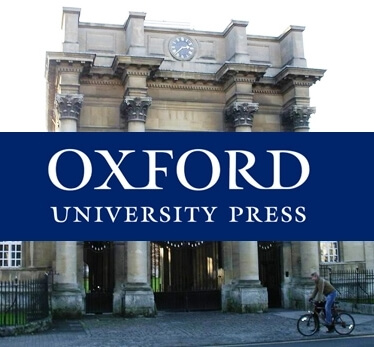 A Lagos human rights activist, Mr Ogedi Ogu, on Tuesday, asked a Lagos High Court Igbosere, to award damages in the sum of N10 million against Oxford University Press, over wrong word definition.
Ogu, counsel representing a claimant, Mr Emmanuel Ofoegbu, is asking the court to direct Oxford Press, to ensure that all dictionaries published by them, includes a caveat stating that:
“The dictionaries are made available as a reference tool only, and that anyone who relies on definition of words in their dictionary as an alternative to seeking independent legal or financial advice, does so at his own risk,”
Joined in the suit as first defendant is the University of Oxford, while Oxford University Press is sued as second defendant.
In the statement of claim, the claimant avers that English is not his mother tongue, adding that the first defendant is reputed to be an authority in English. language, and a great majority of people around the world, rely on its definition of English words.
According to him, in 2005 and 2006, he purchased the Oxford Minireference Dictionary, and the Oxford English Mini Dictionary respectively, published by the second defendant.
He said that in the dictionaries, the word “Mortgagee” is defined as the  Borrower in a Mortgage transaction, while “Mortgagor” is defined as the Lender.
He said that he had relied on this definition and during one of his legal advice to a professional colleague, he had boldly stated that a Mortgagee is a borrower while a Mortgagor is a lender as extracted from the authority of the Oxford Dictionaries.
According to him, his professional colleagues then drew his attention to the correct position in many other dictionaries apart from Oxford, which defines the word Mortgagee to be the Lender and Mortgagor to be the borrower.
He said that he was thoroughly embarrassed and has since then suffered loss of professional esteem, as his colleagues has stopped asking for his opinion or advice on any legal issue.
The claimant avers that on Nov. 4, 2016, he instructed his lawyers to issue a notice to the defendants,  of his intention to institute court action to seek redress against them, for the wrong definition.
He said that on Nov. 30, 2016, the defendants replied his letter signed by it’s legal Director, admitting the wrong definition complained of, but refused to accept any liability and added as follows:
“Our dictionaries are made available as a reference tool only; they are never held out by OUP as being an alternative to seeking independent legal or financial advice, and we cannot take responsibility for an individual’s decision to use them as such, “
The claimant therefore, argues that the loss of his professional esteem was occasioned by the defendant’s negligence and so, claims the sum of N10 million in damages against the defendants.
Claimant also seeks a court’s order, directing the defendants to ensure that all dictionaries published by them, have a caveat warning readers that they are only available as reference tools, and that anyone who relies on them as an alternative to seeking legal or financial advice, does so at his risk.
The new suit is labelled Temp/36433/2018, and no date has been fixed for hearing.