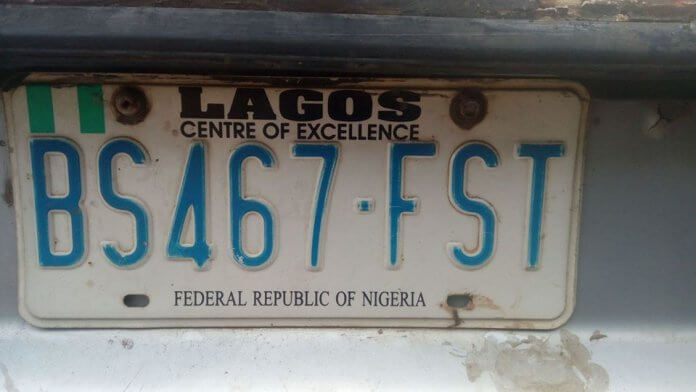 Lagos Lawyer and past Treasurer, Nigerian Bar Association (NBA) Lagos Branch has shown that it is possible to have deep emotional attachment similar to the kind shared with humans to cherished possessions.

….AND I BID THEE A FINAL FAREWELL

Today I bid my trusted partner, ever dependable partner, my very first and the very deepest.

You were part of my struggle and you shared in most of them all. You came into my life before Rita and you were never jealous of Rita but only showed some glimpse of jealousy when I brought in another into my life but you took solace in the fact that it was another Toyota family.

I remember that rainy July of 2007 when you were to take us to Delta for Rita to meet with my parents. Lagos was badly flooded & we were to pick up Bivins my best man & brother for that trip. The street off Census Road in Surulere was so flooded that that people were afraid to drive through. I recall getting to the deep water part and telling myself & Rita that if you drive through this flood without issues that our trip to Delta was ordained. We drove through with water covering the bonnet. We went with water inside you, picked Bivins then drove through again & you did not give in to water. We parked and fetched from inside with a plastic bowl before we started the long drive to Delta State.

That drive was my first long distance drive and first to Delta. We took early from Lagos around 8am due to the rain & flood and we did not get to Warri until around 12midnight as I missed my way severely from Benin, retracing my routes, stopping to ask for direction from Policemen at various check points and also being guided by the Big Bros Andy in Warri who so agitated as Warri and its neighbouring cities were not safe at that period. In God I trusted and in you I relied on.

I recall in that journey alone your front right ball joint pulled off in motion at over 70km per hour along Benin Ore Express just before Okada but God maneuvered us to safe parking without accident. We made it in one piece and I recall on our way back the timing belt cut inside Ughelli Town (it could have happened in the middle of nowhere.

You dared where others dared not. I remember when we were changing residence, before the heavy duty truck could deliver the heavy stuffs you had done over 20 trips of a road under construction between June & August when we finally moved.

I recall you were having issues with heart in 2014 & heart to undergo heart transplant with a new engine which brought you back to new born.

I recall I personally had to go to Cotonou with a client’s (Onishaga) staff to ‘adopt’ you and you came in white colour but had to change to grey which you retained up till now. You were and remained strong till this moment.

Rita refused to learn with you, insisting on learning with automatic, you being a manual warhorse.

I recall that night when we ran into gun wielding Fadayi boys & there was pandemonium everywhere and we had to turn on the express road towards WAEC road & in the process collided with a Benz that lost its headlights in the process but who cares about damage to car when life is not safe?

I also recall when Michael was born & my Aunty was doing omugwo from Randle Avenue. I had gone to drop her off and was retiring home that night will David when I slept off in steering when was jolted awake by sound of collision with another car. Fortunately it was not serious because the traffic light at Randle Junction was on red thereby preventing you from moving into the main & busy Itire Road with me asleep.

In the last three years I have watched you age and deteriorate as a result of neglect. I even removed your battery and personal effects. I watched children sit, jump and do all manners on you. Just last Friday I returned home to notice that the children had broken your left back widow glass and the our security guard was hiding the identity of the culprit his son innocently owned up of being the culprit unknown to his dad.

It saddens me to see you in this condition hence, my decision to let you go so someone can take care of you instead of the abandoned state that you were till minutes ago.

I have chosen not take a photo of you as I will rather remember you as you were and not as you are now.

TRIBUTE TO A TRUSTED FRIEND.

This got me really emotional! Incredible: 5 Laws You Probably Did Not Know Exist In Nigeria