The Lagos State Chief Judge, Honourable Justice Opeyemi Oke has disclosed that the state will continue to instill public confidence in its judicial institutions and work towards attaining and maintaining the goal of an effective and efficient administration of justice culture in the State.

The Chief Judge of the State stated this at the commencement of a twelve-day Annual Magistrates Retreat of the Lagos State Judiciary in Dubai, United Arab Emirates. She added that one of the numerous ways the State Government is exploring to instill public confidence is by exposing magistrates to international best practices in other climes and by sharpening their skills in order to attain and maintain the excellence which the State Judiciary is known for.

Honourable Justice Oke maintained that the strategic role and importance of the Magistracy in the effective administration of justice cannot be underplayed considering their closeness to the grassroots. According to her, “You form the bulk of judicial officers in the State. You handle the bulk of matters affecting the general public; indeed, for most, you are the first contact the public has with the court system.”

The Chief Judge added that the retreat is a demonstration that the present administration in the State recognizes and appreciates the pivotal role of Magistrates in the administration of justice, stressing that continuing legal education that will hone their skills, make them think outside the box and also see other possibilities in different countries would go a long way in improving what they do and also do it better.

Speaking further, she informed that efforts are ongoing to ensure that the various needs of magistrates across the State are given the needed attention, adding that in less than a year when she assumed office, several courts have been renovated in addition to the various welfare packages for legal officers among others.

While affirming that a lot has been done so far, Justice Oke admonished the magistrates to hold themselves to a high standard of efficient service delivery by joining hands with her in building a model judiciary that will be pride for the State. 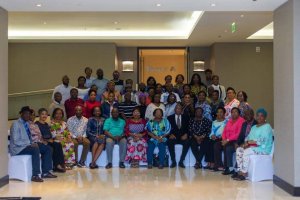 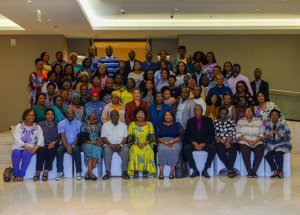 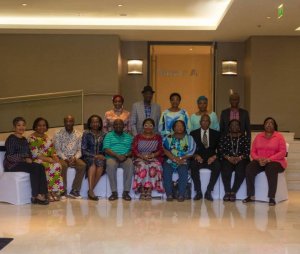