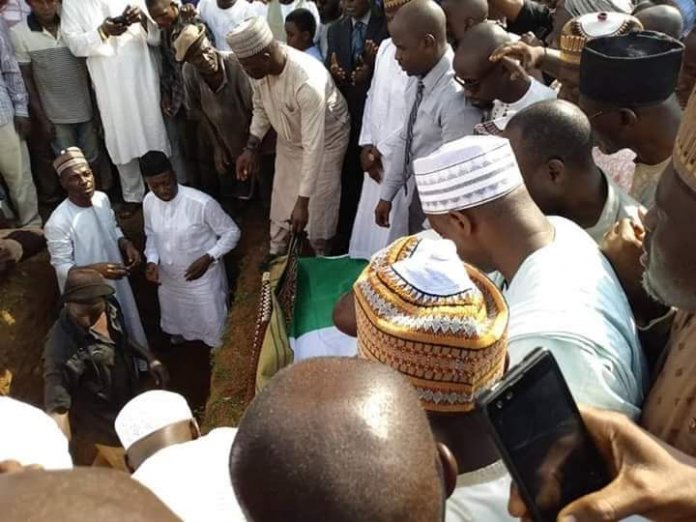 President Muhammadu Buhari has paid tribute to former Chief Justice of Nigeria, late Justice Idris Kutigi and honoured the late CJN by authorising his burial in the National Cemetery, Abuja.

The National Cemetery is reserved for the nation’s fallen heroes and it requires discretionary approval of a sitting president for a citizen to be given a final resting place in its grounds.

The News Agency of Nigeria reports that late Kutigi, who died on Sunday in London, was on Wednesday buried in the National Cemetery in line with President Buhari’s directive.

The President, in a statement by his Senior Special Assistant on Media and Publicity, Mallam Garba Shehu in Abuja on Wednesday, hailed Kutigi’s contributions to the evolution of the country’s jurisprudence.

President Buhari said the nation would not forget the hard work and dedication of the eminent jurist.

The President had sent a government delegation, led by his Chief of Staff Abba Kyari, to represent him at the funeral prayer at the National Mosque, Abuja; and thereafter, at the burial in the National Cemetery.

Other members of the presidential delegation were the Attorney-General and Minister of Justice, Abubakar Malami, SAN; the Minister of the Federal Capital Territory, Muhammed Bello; and the Minister of Education, Adamu Adamu.

The government delegation had also paid a condolence visit to the widows and other family members of Justice Kutigi at his residence in Asokoro, Abuja.