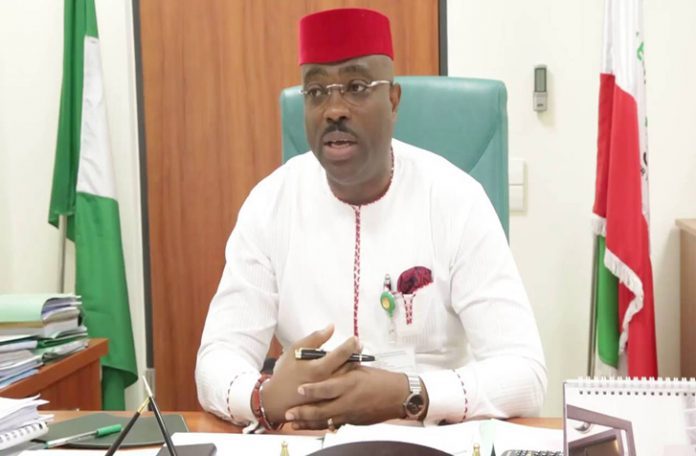 Lovette Idisi, a Delta State lawmaker representing Ethiope Federal Constituency in the House of Representatives, has allegedly brutalised a court bailiff, Aakoo Nweherka, and her (Idisi) younger brother, when the duo went to serve court process on him in Port Harcourt, Rivers State, over a dispute.

Nweherka, who claimed to be attached to office of the Deputy Sheriff in the Rivers State High Court, told newsmen at police hospital in Port Harcourt that the incident took place at a firm in Rumuokwurusi, Obio/Akpor Local Government Area of the state.

“I went to Lone Star Drilling Company along Eneka Road in Igwuruta to effect a service on the first and second defendants, Hon. Lovette Idisi and Mrs. Margret Idisi, the mother. I met the second defendant and served her the process.

“On my way going back, she and her driver held me. Soon Hon. Lovette Idisi came with some thugs who jumped down from the vehicles and held me and started beating me, but I was able to escape with the help of a policeman that accompanied me.

“The claimant in the matter we went to serve, Joseph Idisi, was also mercilessly beating up. I have officially made my report as well to the police and the police gave us their directive to go to their clinic here in Port Harcourt for treatment, which is where I am speaking now.”

However, Joseph, the supposed brother of the lawmaker, stated that he ran to court for redress over alleged marginalisation and intimidation by his sister, Lovette, but regretted that she (Lovette) showed resistance to court process served on her.

“I brought in some tenants to stay in my property. I’m a son of late Chief Humphrey Idisi. I’m also a director of Lone Star Group and Lone Star Drilling as well.

“So for the past two years, the tenants have been living peacefully and without any problem. So, upon renewal of their rent, and off course, I brought them and payment was made.

“My own sister, who happens to be an honorable and serving member of House of Reps, who is still acting in the capacity of managing director of the company, her name is Hon Lovette Idisi, who is also a lawyer went there and chased the people out, which is against the law without any notice served on them.

“There was no correspondence and there was no form of communication whatsoever. She went there in support of my mother, Mrs. Margaret Idisi, and the woman (Margaret Idisi) used the cooling van of her company to block the entrance of the gate and they sealed the gate with chain and chased everybody out.

“So, we petitioned them to the state Commissioner of Police, who referred the matter to the state CID. We went to the court to serve them court process; I and the court bailiff went and served them because what they did was wrong.

“So, in the process of serving them, she (Lovette) came with fierce looking thugs wielding dangerous weapons and attacked me and the court bailiff.”

“They injured me; there was angle bar iron which one of them by name (Fegus) Ogene whipped me on my forehead and I used my right hand to block it, and you can see the wound I sustained. Meanwhile, Lovette could not be reached for her reaction on the allegation.

Photos: Sights and Sounds of the Just Concluded NBA Aba 2017...