Home News Law Reform Commission Set to Unveil the Laws of the Federation of... 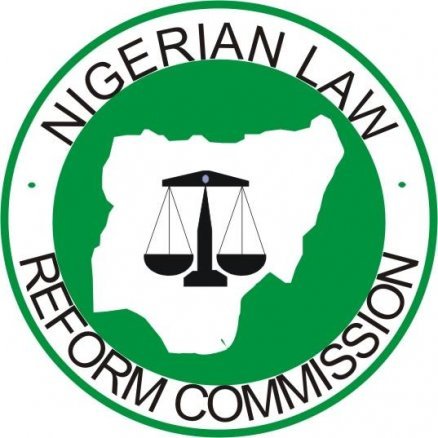 The Nigerian Law Reform Commission (NLRC) started reviewing all federal laws in June. It is on course to deliver a new edition of Laws of the Federation of Nigeria (LFN) next month, writes Eric Ikhilae.

On June 13, the Nigerian Law Reform Commission (NLRC) announced that it had secured President Muhammadu Buhari’s approval to revise the Laws of the Federation of Nigeria 2004.

It followed the recommendation of Attorney-General of the Federation Abubakar Malami (SAN).

Its Chairman, Kefas Magaji, said the objective of the exercise “is to produce a new edition of the Laws of the Federation of Nigeria, which will include revised edition of all extant Acts in Nigeria, particularly all federal enactments (including amendments) made since the last revision exercise (December 31, 2002); all federal enactment omitted in the laws of the Federation of Nigeria 2004 edition and subsidiary instruments made under these enactments.”

Magaji, at a briefing on June 13, regretted that this revision was coming about 15 years after the last one. He said the country had fallen behind international best practices, which require that countries undertake revision of their laws every 10 years.

He noted that country’s delay in revising its laws has not only occasioned a “huge gap in the body of laws, it has negatively affected the smooth operation of government’s institutions and the effective administration of justice, particularly in terms of awareness, access, implementation, citation, referencing and use of extant laws.”

Magaji noted that, since the last revised laws were published in 2004, many of the 552 existing Acts of the National Assembly have either been further amended or repealed, with new ones enacted within the period.

On June 19, the NLRC held a national summit on law reform, where law experts and other stakeholders were afforded the opportunity to examine the process and make suggestions on how best to effect the review.

In the course of the research, the NLRC wrote to all the Federal Ministries in March 2018, informing them of the revision exercise and requested that they avail it with both electronic and hard copies of all the principal Acts and subsidiary instruments from May 1999 till date, being administered by the ministry and all the Agencies/parastatals under them for inclusion in the revision exercise.

This was followed by a newspaper publication, titled: “Notice of law revision exercise/call for memoranda,” in March 27, 2018.

The publication requested all ministries departments and agencies of the Federal Government (MDAs), established by law; heads of all federal courts and Clerk of the National Assembly to submit to the NLRC, a gazette or assented or other authentic copy of the law establishing the institution, other laws relating to their mandate and all subsidiary instrument (regulation, rules, order etc.) made under or pursuant to those laws.

In addition, the NLRC also sent some of its staff and those of the Federal Ministry of Information and Culture to the Federal Printing Press, Lagos to obtain gazetted copies of the principal Acts and subsidiary instruments made under them.

Satisfied that it has gathered enough materials sufficient for the exercise, the NLRC subsequently commissioned a group of experts, selected from the academia, legal practitioners, law researchers, among others to go through the laws carefully by pointing out errors, omissions, unnecessary words and wrong references.

The experts were also to point out voided sections of the laws, amendments made, and those repealed; to identify spent and obsolete laws, and make necessary recommendations for the corrections to be effected. The experts commenced work in July 2018 and completed the review in September, 2018.

In a statement issued last week, the NLRC said, at the completion of the works of the Review Group, “the final stage of the law revision exercise will be the drafting, proof-reading and printing Laws of the Federation of Nigeria 2018, which is expected to be completed on or before the end of November, 2018.”

Let’s Stand Up for Equality, Justice and Human Dignity – FIDA...