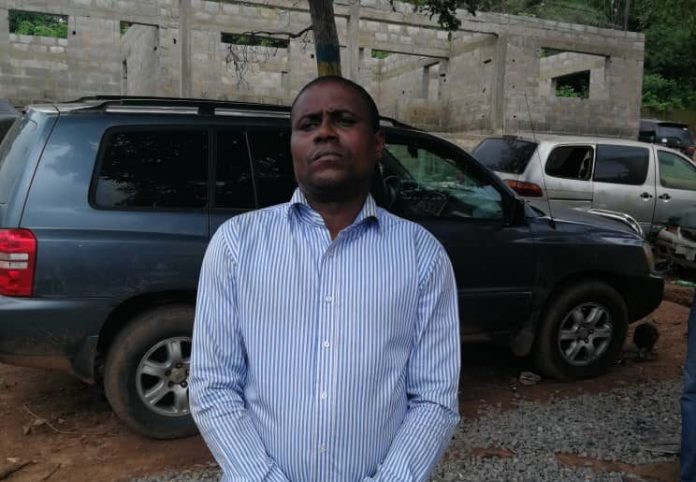 The police in Ogun State Police have arrested a lawyer, Kayode Oshiyemi, and six others for allegedly conniving to fraudulently extort N250 million from a businessman, Shakirudeen Olufowobi.

The police spokesperson in the state, Abimbola Oyeyemi, told journalists on Sunday the arrest of the suspects followed a petition to the police in which the businessman and farmer alleged the lawyer and some hoodlums were after his life.

He said the petitioner who runs Al Amin Farm situated in Imagbon area of Ijebu Ode, alleged the lawyer made several attempts to make him part with millions of naira, failing which he perfected a plan with the hoodlums to rope him in a case he knew nothing about or get him kidnapped for ransom. He said some of the alleged hoodlums were arrested earlier on in his farm for stealing,

Mr Oyeyemi said following the petition, the Commissioner of Police in the state, Ahmed Iliyasu, directed the officer in charge of FSARS, Uba Adam, to conduct an investigation.

“In compliance with the CP’s order, the outfit embarked on a technical-based investigation and also technically monitored the activities of the said lawyer.”

He said the efforts of the police paid off when the lawyer was caught on tape planning with the others to use any possible means to make the businessman cough out N250 million.

“On interrogation, Mukaila Abolaji narrated how the lawyer in collaboration with Adeborode Ogunlaja lured him into the plan to fraudulently extort money from the complainant and how the money will be shared among them, stating that he reluctantly keyed in to the plan because of the amount of money involved.

“In his own statement, Abiodun Adebayo who regretted knowing the lawyer, accused him of once using him to profess a fake miracle in a crusade organized by one of his pastor friends where he was asked to tie a live tortoise on his chest and come out while the crusade is going on to confess been a strong member of an occultist group who is disturbed by the pastor’s prayer.”

The Commissioner of Police, Mr Iliyasu, has ordered the suspects charged to court as soon as the investigation was concluded.