Home News Lawyer Brutality: I will Swear in a Shrine to prove my... 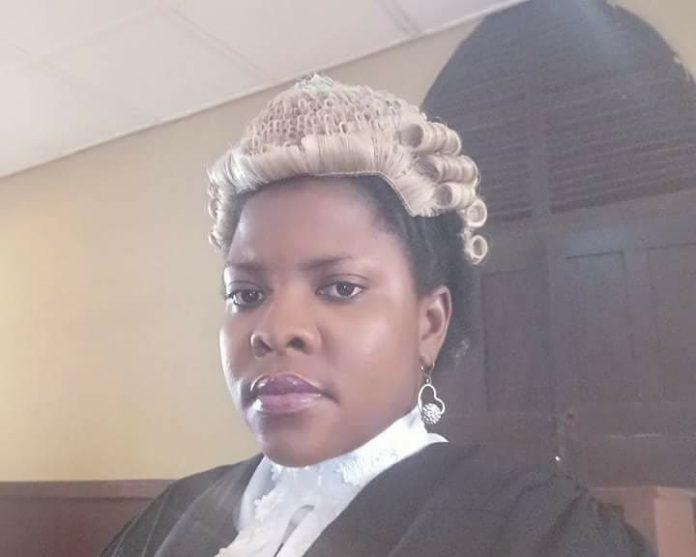 The internet was awash recently by the pathetic story of one Chiamaka Nwangwu,  a lawyer based in Onitsha who was said to have been allegedly molested and stripped naked by some policemen at the 3-3 Division of the Anambra State Police Command while performing her official duty.

In a petition made available to newsmen in Awka, Anambra State, the lawyer said some policemen at the station, on the instruction of the DPO, Jane Mbanefo, slapped her, stripped her naked and smashed her phone after inflicting injuries on her.

She maintained that after her torture, she was, under duress, asked to write an apology letter to the Police.

She said she went to the Police station on the prompting of her colleague in Abuja, who had called and pleaded with her to visit the station to help a younger brother who was detained over a misunderstanding with his landlord.

She said: “When I got there, I met the young man making a statement at the IPO’s office. I approached him and asked him what exactly happened and he narrated everything to me.”

“A huge woman in native attire, who I later learned was Jane Mbanefo, the DPO, became very aggressive and ordered me to leave the administrative office.”

“I didn’t know the DPO and have never seen her before. It was my first time of visiting that police station.”

“She shouted at me, and asked what my interest in the matter was all about.”

“I was very shocked and embarrassed. I was angry and, on my way out of the admin office, the woman continued talking, insulting lawyers generally, telling me that she had also been a lawyer for 20 years.”

“She slapped me and one of the handles of my recommended glasses got disfigured and fell off.”

“Then other junior police officers joined her and beat me up mercilessly.”

“My black gown was torn and I was stripped naked.”

She said she was detained at the police station and was forced to write an apology, which she said she did in order to be released.

Meanwhile, her lawyer, Chukwunonso Akah; and a human rights group, International Human Rights and Equity Defence Foundation led by Justus Ijeoma, had petitioned the Inspector-General of Police demanding an investigation into the matter.

When contacted, the said DPO  not only denied manhandling the lawyer but said she would be ready to take the lawyer to any native shrine to prove her (DPO) innocence on the matter.

The DPO added, “So many people have called me over this, but I’m not afraid. I’m answerable only to the Nigeria Police and nobody else.”

“She (the lawyer) just made up those stories. I’m not afraid and I cannot own up to something I didn’t do.”

“If they insist, we can go to a native shrine to swear and I’m sure the oracle will kill her because she is guilty.”